The goal is the most significant thing in soccer. As we have learned before, a goal can refer to two separate things:

But in this article, we will pay more attention to the physical aspects of the goal. 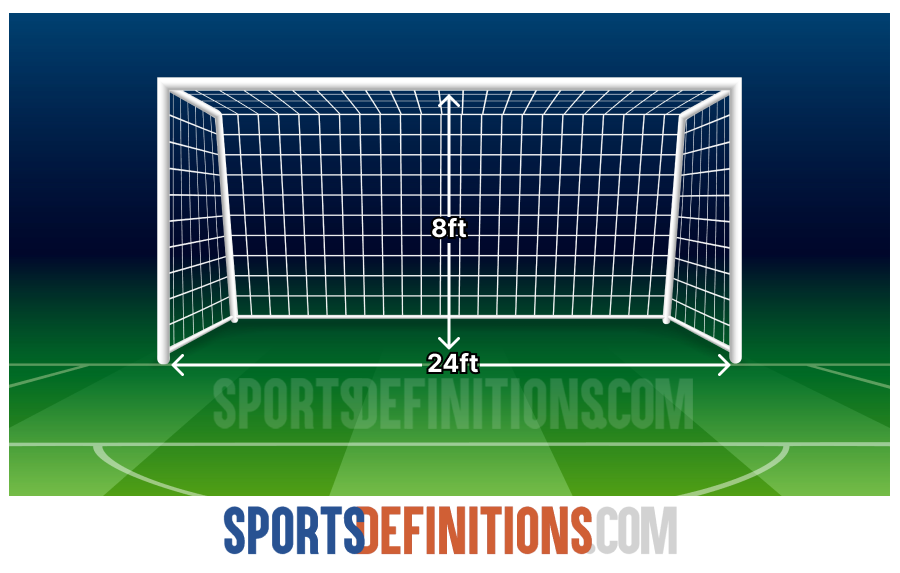 Also, we will look at how a soccer goal can vary in size depending on the age at which it’s played, what rules it must follow in terms of its goalposts and crossbar. With the goal being this crucial for soccer, let’s explore it in more detail.

What are professional soccer goal dimensions?

At a professional level of soccer, the size of a soccer goal is always the same. It has been the same ever since the first soccer rules, the famous Laws of the Game.

A professional soccer goal is 8 feet tall and 24 feet wide. Or, if we look at it in a metric system, the goal is always 2.44 meters tall and 7.32 meters wide. These dimensions are part of the official rules.

The International Football Association Board (IFAB) is the body that has written the rules since the 1880s. In the early 20th century, FIFA became part of it, too. Size of the goal is one of the rare rules which has stayed the same ever since soccer was codified. This has been the case for over 150 years now.

At different ages, soccer goals can vary in goal size.

What is the size of a high school soccer goal?

The size of a high school soccer goal is the same – 8 feet tall and 24 feet wide. These requirements must be followed by all high schools – according to the rules of the National Federation of High Schools (NFHS).

Soccer players at a high school level are still not professionals and goalkeepers are often shorter. Yet, this is not a good enough reason for high school soccer to have smaller goals.

The reason behind it is that the professional soccer goals will make high school soccer players ready for playing at the college or professional level. They prepare them to accustom themselves to this goal size.

The only real difference between soccer goals at the professional and high school level is the diameter of goalposts. In professional soccer, goalposts must be 5 inches in diameter. In high school soccer, they can vary between 4 and 5 inches.

But that is not a big difference. A more drastic difference is between the goal sizes at a youth soccer level. 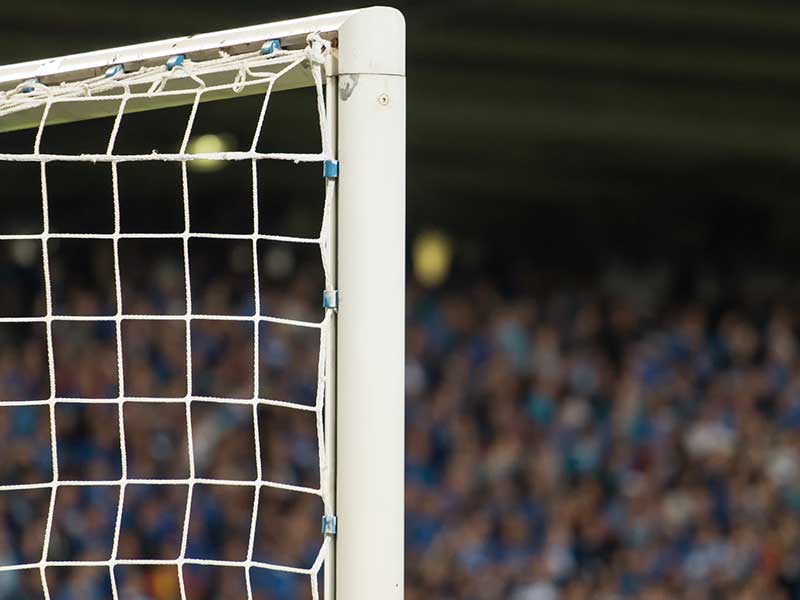 What is the size of a youth soccer goal?

We have seen so far that there are no differences between goal sizes in professional and high school soccer. The more we go towards younger player ages, the more the goals are reduced in size.

For players at the age of 13 and older, the recommended goal size is still at 8 feet tall and 24 feet wide. Despite the players being young boys and girls, the goals only reduce for players younger than 13.

For the youngest soccer players, aged between six and eight, goals should be 4 feet tall and 6 feet wide. The US Youth Soccer and American Youth Soccer Organisation recommend that youth soccer goals comply with the abovementioned measurements.

Still, the organizations allow for variations in sizes of goals if that is necessary. The most important thing is that those changes don’t affect the quality of soccer. Though, the rules about goals are not important only about its height and width. There are other details, too.

What rules about goalposts and the crossbar exist?

There are more rules about the goals, specifically for the goalposts and crossbar. These rules differ in specifications about their color, width, depth and shape.

The color of the goalposts and crossbar

The first one is a simple rule. All goals must be completely white, and there shouldn’t be any other colors. That means both goalposts and the crossbar must be white, without exceptions.

The width and depth of the frame

Both goalposts and the crossbar must be five inches in width and depth at all sides of the frame. Professional soccer does not allow variations.

The shape of the frame

The only thing here that can differ and isn’t strictly defined beforehand is the frame’s shape. The Laws of the Game state that the goalposts and crossbar of both soccer goals must be the same shape. It can be one of the following: 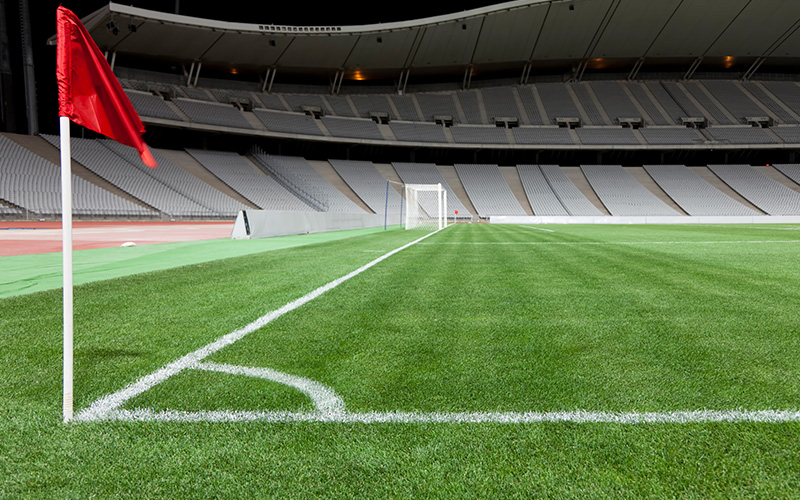 Where is the goal positioned on the field?

If you have seen a soccer goal or any goal in any other sport, one thing will be immediately clear to you. The goals have to be at both ends of the soccer field. Here is how the IFAB’s Laws of the Game explain the rule.

“A goal must be placed at the center of each goal line and consist of two vertical posts equidistant from the corner flagposts joined at the top by a horizontal crossbar.”

That means the positions of goals on the field are strict. What is not strict is the exact distance from each goalpost to the corresponding corner flagpost.

And since the width of the soccer field can vary, the distance between the goalposts and flagposts can too. That is why these distances can be different from one soccer field to another.

What happens if a goal breaks?

It rarely happens, especially not in modern-day soccer, but a goal frame can break during a game. The Laws of the Game are prepared for these situations too. Rules that state what to do if this indeed happens exist.

“If the crossbar becomes displaced or broken, play is stopped until it has been repaired or replaced in position. Play is restarted with a dropped ball. If it can’t be repaired the match must be abandoned. A rope or any flexible or dangerous material may not replace the crossbar.”

But why did the IFAB introduce this rule?

Many people are unaware, but when soccer was codified in the 1860s in England, there were no crossbars as part of the goal frames. In 1886, before the IFAB was formed, the rules stated there should be a tape between the goalposts. That way, the players would know whether the ball went above it or not. Before that decision, nothing was standing between the two goalposts.

The first wooden crossbars appeared only in 1875, and back then, many goalkeepers would hang from them or even sit on them. They were doing this for two reasons. Firstly, when they were bored while the ball was far away from their goal. Secondly, when they wanted to make a show for the fans.

But because of it, it was not unusual for goalframes to break, specifically crossbars, so the IFAB had to introduce the rule which would state what to do in such circumstances.

So, a soccer goal is 8 feet tall (2.44 m) and 8 yards wide (24 feet or 7.32 m). Every goal must consist of two goalposts and a crossbar, it must be white and shall always be in the middle of the goal line at both ends of the soccer field.

While the goal frames are strictly defined and cannot be changed, the goals themselves can be scored in many different ways. That’s why soccer is known as the beautiful game.