In the same way every single club in a major soccer league all around the world has a new set of kits for each season, almost every single league has its unique soccer ball every year. Even though that wasn’t the case throughout history, the popularity of unique soccer ball designs has been steadily growing over the past few decades.

An important thing to note is that even though the sizes can vary, the only reason behind that is player development for children. There are no differences in the sizes of soccer balls used in professional and amateur soccer.

The year was 1862. The invention of the rubber bladder made the use of pigs’ bladders for the shape and the structure for the leather exterior of the ball obsolete. Not only that the new rubber bladders had many different advantages, but the fact that the balls could now easily be mass-produced in almost any desired dimension had a huge impact on the soccer world at the time. The pigs’ bladders tended to vary in size since not every pig had the same shape and volume of a bladder.

The newer bladders were now also more durable. This meant that they could last much longer and didn’t have to be replaced as often as the older ones. The ball size could now, for the first time, be standardized, and ten years later, in 1872, the English FA (football association) created a set of rules for ball sizes. 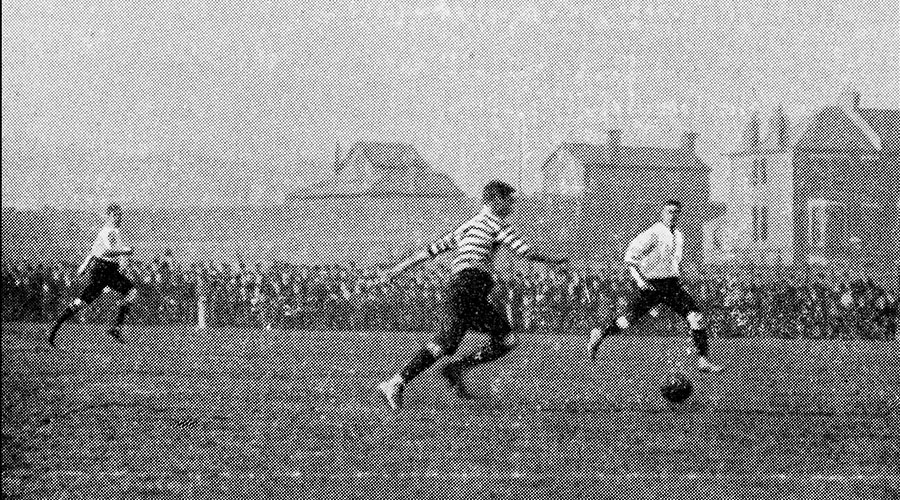 Balls could also now be mass-produced. Everywhere in England, you could play with balls that had the same size and weight and that would behave the same when they were kicked. This standardization meant that teams from varying parts of England could play against each other without having to worry about variations in what ball the home team decided to use.

If we compare the balls of that time to the ones we have today, we will notice that they were far less advanced. For example, the outer layer was made by hand-stitching strips of leather. The stitching would often wear out, and the ball would fall apart after being used in rough conditions – like a full 90 minute game in the rain. Since the outer layers were made out of leather, they would often just absorb the water and make the ball much heavier.

The problem was later on solved with the invention of different materials that we use today. That’s one of the reasons why today we have many different options when it comes to the size and the design.

Let’s take a look at some official soccer ball sizes:

Let’s start from the most frequent size, number 5:

As we’ve already mentioned, size 5 is recommended for players who are 12 or older. The circumference of the size 5 soccer ball is 27 to 28 inches, which is 68 to 70 centimeters. The weight of the ball is somewhere around 410 and 450 grams.

Size 5 soccer ball is used for both professional and amateur soccer. They tend to be of the highest quality, are usually the most expensive compared to the other sizes, and are FIFA-approved. The reason they tend to be the most expensive of the bunch is that FIFA-approved soccer balls undergo various tests regarding their circumference, shape, weight, site retention, roundness, water absorption, and so on. 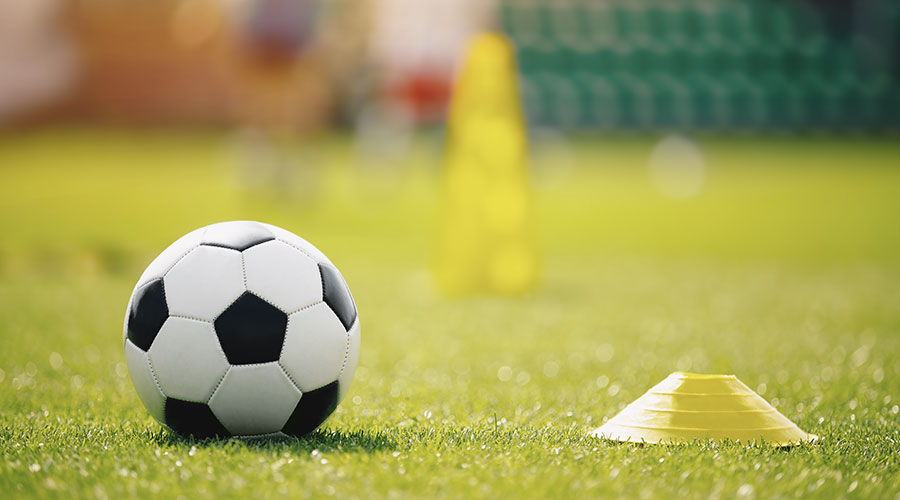 Younger players, especially children between the ages of 8 and 12, are not fully developed yet. The size 5 used by professionals is a bit too big for children and that’s why youth sides play with balls that are 25 to 26 inches in circumference, or 63,5 to 66 centimeters, to be more exact. They weigh around 350 and 390 grams.

The smaller size allows the children to fully develop their skillset by being more appropriate for smaller foot sizes. By having a smaller ball, younger players tend to have much better ball control. Playing with a soccer ball size 5 at this age would only hamper the development of a player who will later on, when the time comes, easily and completely adapt to a bigger size.

Also known as junior balls, soccer balls number 3 are recommended for an even younger player base. Their circumference is around 23 to 24 inches or 58,5 to 61 centimeters. Their weight is around 300 to 320 grams. This size is the smallest one used in competitive soccer, and is again, the best option for the youth player development for the age group of 5 to 8.

Even though the size 2 soccer ball is mostly used by children between the age of 3 and 5, some professionals tend to use it to improve their ball control, footwork, and first touch. The size of the number 2 is between 20 to 22 inches, or 50 and 56 centimeters, while the weight is between 225 and 255 grams.

Also known as mini soccer balls, size 1 soccer balls are somewhere in the range of 18 and 20 inches, or in centimeters, between 46 and 51. While the size 1 soccer ball might be used in training to improve technical aspects of a player, they are still mostly kept as souvenirs and have entertainment value. They are mostly sold in club giftshops since the club’s logo is usually printed on them.

If you’re not familiar with this term, futsal is soccer’s little brother. The sport played all around the world might not be as big as its older counterpart, but you would be surprised at the fact that many professional soccer players tend to either start their career as futsal players or eventually transfer to the “smaller stage” after spending some time in professional soccer.

Since futsal is played on smaller fields, with fewer players, the ball in this case is also a bit smaller. Compared to regular soccer where each team plays with 11 players, futsal teams consist of only 5 players. The official FIFA-approved futsal ball is a bit smaller than the previously mentioned size 4 soccer ball. The circumference of a regular futsal ball is between 24 and 25 inches. The official futsal balls also known as senior balls are used by adult professionals, while the younger player base relies on a junior size ball which is around the same size as the number 3 soccer ball that we’ve mentioned. Even though the senior futsal ball is a bit smaller than the size 4 soccer ball, many manufacturers still refer to it as a size 4 soccer ball. The junior size ball is referred to as size 3 because of the same measurements as the aforementioned size 3 soccer ball.

What about the right air pressure for a soccer ball?

According to FIFA, or Federacion Internationale de Football Association, every size 5 soccer ball should have between 8.5 and 15.6 psi for it to be game-approved by every soccer association all around the world.

Before every game, the referees will check every single ball that’s supposed to be used in the upcoming game to verify that the quality is within the FIFA standards.

The recommended psi is usually printed by every soccer ball manufacturer – the typical value being 8.7 psi being optimal for a size 5. Since size number 5 is the most frequent one, the optimal values for smaller sizes are not as strict and common as for the number 5.