London, like many other major European cities, is represented by more than a couple of teams (we will refer to them as clubs from now on) – more than any other city in “the old continent” to be more exact. It is possible that some readers might be confused and are wondering how one city can have more than two franchises, but we will try to focus on that in this article. First of all, it is important to note that not a single European soccer club should be referred to as a “franchise”, especially in the UK. And secondly, the whole sports culture in Europe is a bit different from what people in the States are used to.

So, how many clubs are there in London then?

To put it simply – 13. Yes, you read it right – thirteen. But, believe it or not, there are actually more than 13 soccer clubs in London. The number 13 represents only the professional clubs – clubs where people play soccer to earn their regular wages. There are many other non-professional clubs where people play soccer mostly for fun or, in some cases, as a second job. Even some amateur clubs offer some sort of compensation for playing the famous “Sunday League”. If you’re wondering what that is – Sunday League is a place where almost anyone who is not playing on a professional level can compete, and as you might have guessed, it’s mostly played on Sunday.

Now, here’s a really interesting fact: London FA (football association) has over 1,000 affiliated clubs made up of over 1800 registered 11-v-11 adult teams. That means that if you lived in London, there is a huge chance that some of your neighbors might be playing in the local league.

Do they all compete on the same level?

As we’ve already mentioned, there are various levels at which these clubs compete. The top one is the “Premier League” which is a host to 6 (yes, six) different clubs. Those clubs are, Chelsea, Tottenham Hotspur, Arsenal, West Ham United, Crystal Palace, and Brentford. 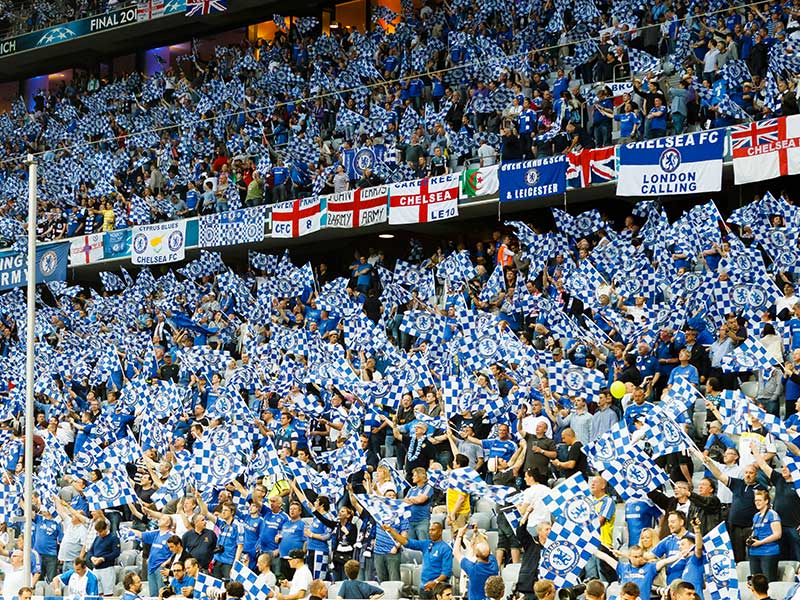 In the second tier, called “The Championship”, there are three clubs – Fulham, Millwall, and Queens Park Rangers.

In the third tier, also known as “League One” (the name is a bit confusing, yes) there are two clubs. Coincidentally, both clubs are from the south of London: Charlton Athletic and Wimbledon – just like the Grand Slam.

The fourth tier, also known as “League Two”, is a host to two more clubs – Leyton Orient and Sutton United.

Which ones are the oldest?

Some of the oldest clubs throughout the whole UK are mostly not those who are currently playing at the top level. London’s oldest professional soccer club is Fulham, which is usually considered to have been founded (in amateur form) in 1879. Leyton Orient, Tottenham Hotspur, Queens Park Rangers, Arsenal, Millwall, Barnet, Brentford, and Wimbledon began playing in the 1880s – mostly under differing identities from their present ones. Many clubs changed their names throughout history, but the major changes came mostly in the early days of those clubs.

In which parts of London are all these clubs located?

With a population of almost 9 million people and an area of 607 square miles, London is one of the biggest cities in Europe. All of the aforementioned clubs are located in various parts of the city. Because of that and the number of both professional and amateur clubs, it seems like the Greater London area could function as its own league.

The world-famous north London derby is represented by a rivalry between Arsenal and Tottenham Hotspur. A little bit to the southeast we can see West Ham United and a bit more to the north of “the Hammers” we can see Leyton Orient.

When it comes to west London, Brentford is the westernmost professional (also referred to as a “league club”) club. Close to Brentford, we can see Queens Park Rangers and a local derby between Chelsea and Fulham – which is more of a central London area.

South of the Thames river we can see Millwall also somewhere in the central part, Charton Athletic to the east and Crystal Palace all the way to the south. AFC Wimbledon and Sutton United are in the southeast and the south area of London respectively.

Which ones are the most popular among the US fans?

There are various factors that affect one’s final decision in choosing a favorite club like the tradition, the trophy cabinet, the fanbase, or even the colors. Strangely, some people might avoid supporting certain clubs just because they don’t really like the fact that their jerseys might not seem fashionable enough.

When it comes to the most successful clubs, Arsenal, Chelsea, and Tottenham Hotspur are the ones with the most trophies. Chelsea is one of the most dominant clubs both in the UK and the whole of Europe in the past 20 years. For example, Arsenal has won the league 13 times, Chelsea has won it 5 times, while Tottenham Hotspur (also known as Spurs) has 2 league titles. If you’re new to soccer, you might be familiar with Spurs from the original Ted Lasso skit.

To answer the question – the most popular London clubs among the US fans are statistically Arsenal, Chelsea, Crystal Palace, and Tottenham Hotspur. Arsenal has the biggest fan base in London, with Chelsea and Tottenham Hotspur being in second and third place respectively.

What’s the point of having so many clubs?

The fact that soccer is the most popular sport not only in London but in the whole UK and Europe says a lot about the culture and the tradition. This has been the case for almost over a century now and the popularity of soccer has been constantly rising in the past 10 years or so – not only in the UK, but all around the world as well. The percentage of people in the States has also seen a steady rise. More and more US fans have picked their favorite clubs and started following the sport in the past decade.

Soccer is also one of the most popular options when it comes to people signing up their kids for some after-school activities. It is almost unimaginable to many parents in the UK that their child doesn’t play any sort of sport, let alone soccer – at least in elementary or secondary school. That’s why various areas of London offer many opportunities for kids to train and potentially compete on a professional level.

And lastly, the sport as a culture. Many fans identify themselves with the part of the city that the club represents and the majority of them were actually born in these areas or have some family there. The fact that even a small neighborhood can have a club competing at a higher level brings a whole new experience to the sport.

The Gunners were founded in 1886. They were originally named Dial Square F.C. The name origin comes from a sundial on the side of a nearby factory. Arsenal plays in a light red and white kit. Their original stadium was Highbury in north London from 1913 – 2006, but now they play at the Emirates Stadium. Arsenal’s biggest rivals are Tottenham Hotspur. Every year the two teams play against each other in the world-famous North London Derby. They won the First Division and Premier League 13 times and the FA Cup 10 times. 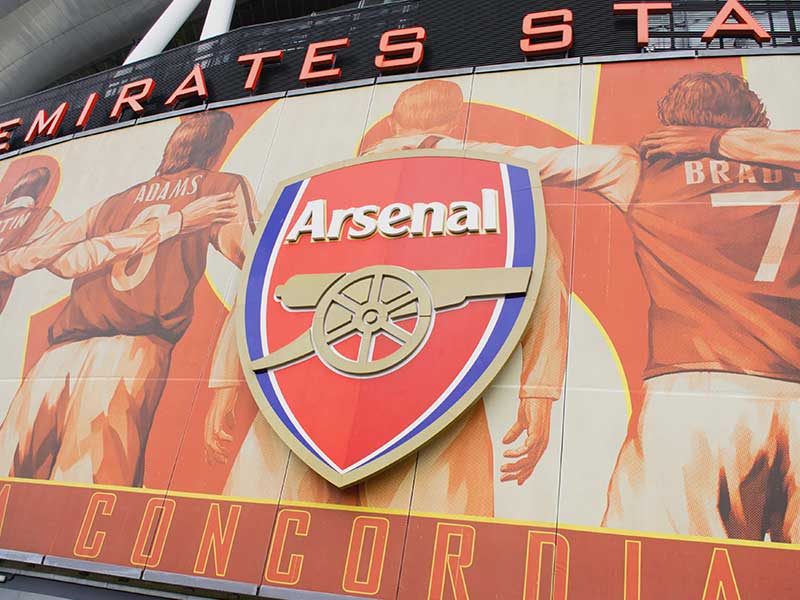 The Blues are a professional soccer club located in east London. An area known as Fulham. They share a rivalry with a club named after that part of London. They were founded in 1905 and are competing in the Premier League. The Premier League is the top division of English soccer. Chelsea’s home kit colors are royal blue – the same color as their shorts. The socks on the other hand are white. Chelsea has so far won 6 domestic league titles and 8 European trophies and they are the only London club ever to have won the Champions League.

Spurs, as they are also known, were formed in 1882. The boys from Hotspur Cricket Club decided to form a soccer club – Hotspur FC. That way, they could play a different sport during the winter. Many of the other clubs in England also followed suit. They first started as being a direct descendant of a cricket club. They changed their name to Tottenham Hotspur in 1884. That way, they avoided any confusion with another club with a similar name – London Hotspur. Spurs usually wear white shirts and navy shorts and have two domestic league titles and eight FA cup titles. 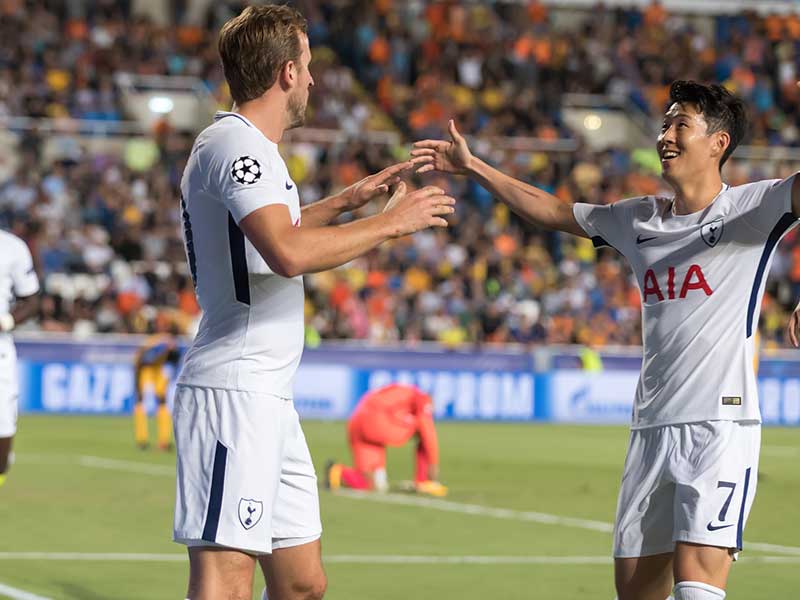 The Eagles are an “offspring” of the Crystal Palace soccer team that was established in 1861. They played their first match in March 1862. which makes them the oldest league club in existence that is still playing professional soccer.

It is important to note that the Palace is also not only a founding member of the Football Association but also the FA Cup. The Eagles became a professional club in 1905. Since then, they have spent over 115 years in the top tiers of English football. They first reached England’s top-flight in 1969 and they are currently having their longest spell there. They haven’t changed their Premier League status since 2013/14.

The Hammers are a professional soccer club based in Stratford, which is in East London even though their name suggests otherwise. West Ham United plays their home games at the London Stadium. They moved from the Boleyn Ground, their old home in 2016. The Hammers were founded in 1895 by a different name – Thames Ironworks. They reformed in 1900 as West Ham United. The east London club has won the FA Cup three times – in 1964, 1975, and 1980. 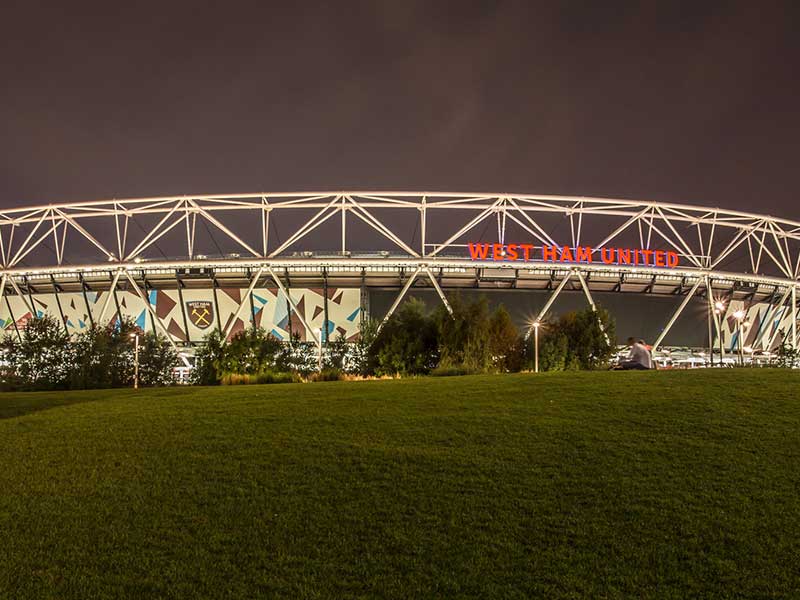 The Bees are another English professional club based in western London. They were founded in 1889 by a couple of members of the now-defunct Brentford Rowing Club. Brentford plays their home games at the Brentford Community Stadium, while their previous stadium was  Griffin Park where they played between 1904 – 2020. The club has a famous long-standing rivalry with the club that we will now talk about – Fulham.

Another club that changed its original name since it’s been founded – Fulham was known as Fulham St. Andrews when it was formed in 1879. Maybe not that big of a change that we saw earlier, but nonetheless a change. They have won only one tournament on the international level – the Intertoto Cup in 2003. Fulham was also the runner-up of the UEFA Europe League in 2009-10 when they lost to the Spanish giants Atletico Madrid in the final game.