Like in every major sport, there is an age when a player just can’t keep up with everyone else. When it comes to soccer, the retirement age can vary.

The average age at which a male player retires is 35. Soccer players start their careers young and can be professional by the age of 16, but with an average soccer career lasting only 8-12 years, this means they have a relatively short career compared to other jobs in which retirement ages are usually between 60-70 years old.

In this article, we will try to focus on several factors that affect both early and regular retirement for soccer players.

If we take a look at various positions we will notice that the retirement age for goalkeepers is not the same as for forwards – for example, goalkeepers tend to retire in their late thirties. Their position doesn’t require them to constantly sprint all over the field, while all the other positions in soccer require players to do so. That’s why goalkeepers can stay fit much longer and even be at their peak in the early and mid-thirties. They usually break into the first team a bit later than outfield players. There aren’t many world-class goalkeepers at the age of 21 – but world-class forwards at that same age are much more common. Of course, like in any other sport, there are several exceptions to this rule.

A solid example of a goalkeeper with a really long career would be Gianluigi Buffon. Even at the age of 44, Buffon still plays for Parma after only recently transferring from Juventus where he spent the vast majority of his life as a professional soccer player.

As we’ve mentioned, forwards are used to sprinting every game. They are also used to being constantly fouled which could again increase their chances of being injured and finishing their career earlier than expected. One of the most crucial factors in being able to maintain a long career is of course the playstyle. Players who heavily rely on their pace will have a much harder time playing against younger opponents after the age of 30. When a player loses pace, while almost every other aspect of their playstyle is average, the player then becomes just that – average at best. If a player focuses his skillset on let’s say passing, that player could easily have a much longer career.

A good example of this would be Toni Kroos – a player who even at the age of 20 was one of the players with the lowest pace among his peers. Throughout all of his career, he’s mostly been focusing on his passing ability. You will almost rarely see him making runs behind the opponent’s defenders. His complete focus is on his vision and the ability to perform as a deep-lying playmaker. Kroos is currently 32 and will most likely play at the same level for at least 3 to 4 seasons. Some other examples of deep-lying playmakers would be Jorginho from Chelsea and Joshua Kimmich from Bayern Munich.

When it comes to defenders, we can again notice that pace is an important factor. Some defenders tend to have longer careers compared to forwards, but again, this really depends on the player’s physicality and technical ability. The legendary Paolo Maldini retired at the age of 41 after spending all of his career at AC Milan – meaning that he retired at the top level.

Some of these factors are, of course, injuries. There are many cases in which players had to finish their careers earlier than expected, even in their early 20’s because of some serious injuries that hampered their chances of ever getting back to the level they once played at.

There are also various examples in which players had to immediately retire after suffering a cardiac arrest on the field. An example of a game where a player suffered a cardiac arrest was the game between Denmark and Finland on the previous EUROS. Denmark’s Christian Eriksen collapsed and had to be resuscitated. After that game, Eriksen had to take a break from soccer but he ultimately decided to continue by signing for Brentford FC since it’s prohibited to play with a heart-starting device (ICD) in Italy where he played for Inter. 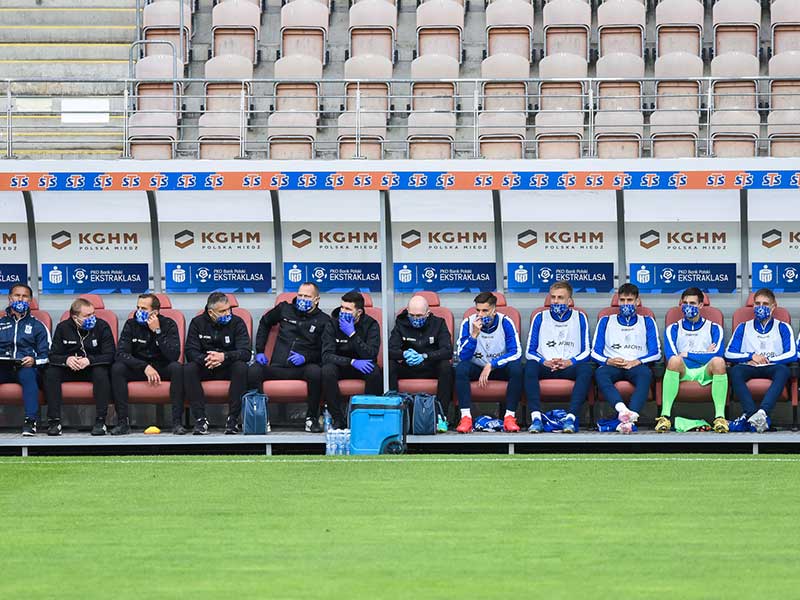 Another example of a cardiac issue that in this case completely stopped a player from continuing his career was also quite recent – Argentina’s Sergio Aguero made a transfer from Manchester City to Barcelona only last summer. In the meantime, he played only 4 league games for the Spanish giants. After one game, he felt mild discomfort in his chest and had to be substituted. It was later found that Aguero had a heart condition that made him retire at the age of 33 even though he seemed to be fit to play for at least a couple of seasons, if not more.

Yes – like in any sport, there are various superstars who reached the top-tier status among the fans even after suffering various injuries that affected their careers negatively. A pretty good example would be Ronaldo – the Brazilian Ronaldo, also known as Ronaldo Luís Nazário de Lima. Ronaldo had an impressive start to his career in European football both for PSV, Barcelona, and Inter, but after suffering a series of knee injuries he was under recovery for almost three years. After he came back from the injuries, he signed for Real Madrid but many football fans even to this day believe that Ronaldo could’ve had an even greater career.

At What Age Are Players in Their Prime?

Let’s focus on Antonio Di Natale for a second. The renowned Italian striker finished his career at the age of 38. There are many examples of players retiring even in their 40’s but what makes Di Natale special is that his career practically exploded at the age of 32. That means that he started performing at a world-class level after the age of 30. If we take a look at his career stats, we will notice that up until the season 2008-09, Di Natale struggled to score more than 20 league goals per season in Serie A. His career record up until that point was 17, but after that season, he had four consecutive seasons in which he scored 29, 28, 23, and 23 goals respectively.

For example, a current record holder is Kazuyoshi Miura who is currently playing soccer in Japan for Yokohama FC at the age of 56 (yes, fifty-six). He is maybe not performing as well as he did 20 or 30 years ago, but his athleticism allowed him to have a fairly long career.

What Do Players Do After Their Playing Career is Over?

To answer this question we would have to focus on the level that a certain player has played at. A player who had a long career in the Premier League could easily just disassociate from soccer since there probably wouldn’t be any financial problems. That player could probably not work a single day for the rest of their life.

On the other hand, players who don’t earn as much probably have to continue working whether as a staff member of their current club or some other club on a similar level, but in reality, regardless of the level they were at, the majority of the players continue their careers as managers, coaches, and pundits.

A really good example of this would be Julian Nagelsmann. He was a promising young talent who played for Munich 1860 and Augsburg youth sides. He managed to injure his knee and meniscus two times and as a result, he decided to end his soccer career at the age of 20. After that, he decided to study sports science and eventually became a soccer coach. He has coached three different german clubs so far and is the current Bayern Munich coach.

What About Ladies Soccer?

On average, ladies tend to end their careers a couple of years earlier than their male peers. Something worth noting is that even though there are some exceptions to the general rule of retirement age that we mentioned, women tend to have more individuals who play for their national team in their late thirties. They also manage to have more national caps on average. A good example here would be Megan Rapinoe who is currently 36 and has already played 187 games for the States and has scored 62 goals. She hasn’t retired from the national team yet and we have yet to see when she makes such a decision.