Soccer in essence is simple: to score more goals than the opposition and in doing that, a team will go on to win the game.

Goals are the currency in which all teams at any level of soccer deal in and over the course of soccer history, there have been some incredible goal-scoring feats that have defined the game for generations to come.

However, from a numerical perspective, soccer goals only yield one ‘point’ for their team, meaning a game that saw 5 goals for example, would generally be classified as a ‘high-scoring’ encounter.

As with all sports however, there are a few remarkable examples in the history of the game of soccer where extraordinary numbers of goals have been scored in any given match.

The background to these incredible score lines is often offset with a narrative as to how the result came about but once the final whistle goes, the result is etched into the record books and into soccer folklore.

By some margin, the highest-scoring game in the history of soccer took place in the Madagascan National Championship in October 2002.

AS Adema beat SO l’Emyrne by a remarkable 149-0 score line to rewrite the sporting history books.

The context behind the result however is marred with controversy, as the match was played in protest by the SO l’Emyrne players, who felt aggrieved at a penalty decision that went against them in the previous game.

As a consequence, SO l’Emyrne went into the game knowing they could not win the championship and rather than play for pride, they wanted to make a statement to the Madagascan footballing authorities.

For the entire duration of the match, players from SO l’Emyrne deliberately turned towards their own goal and started scoring own goals, as the stunned AS Adema side just stood and watched.

The protest was unrelenting, as SO l’Emyrne amassed an incredible 149 own goals in the 90 minutes, the decision to bring the game into disrepute in this manner however had serious consequences for all involved in the SO l’Emyrne team.

Four of the players who played on that day were deemed by the Madagascan footballing board to have been the instigators in the farcical scenes and they were suspended until the end of the season.

The book also came down on then SO l’Emyrne manager Zaka Ratsarazaka, who was banned from any involvement in soccer for three years – including being able to visit stadia when matches were taking place.

As an aside to the incredible footballing action, many of the fans in the stadium were incredulous in their protests at what was taking place on the pitch, storming ticket booths and demanding refunds at the relative non-event they had seen take place.

Whilst the context behind the game brings the credibility of the incredible 149-0 score line into relative murky waters, it is a result that will almost certainly never be beaten in the history of soccer – etching both AS Adema and SO I’Emyrne into the history books for the foreseeable future. 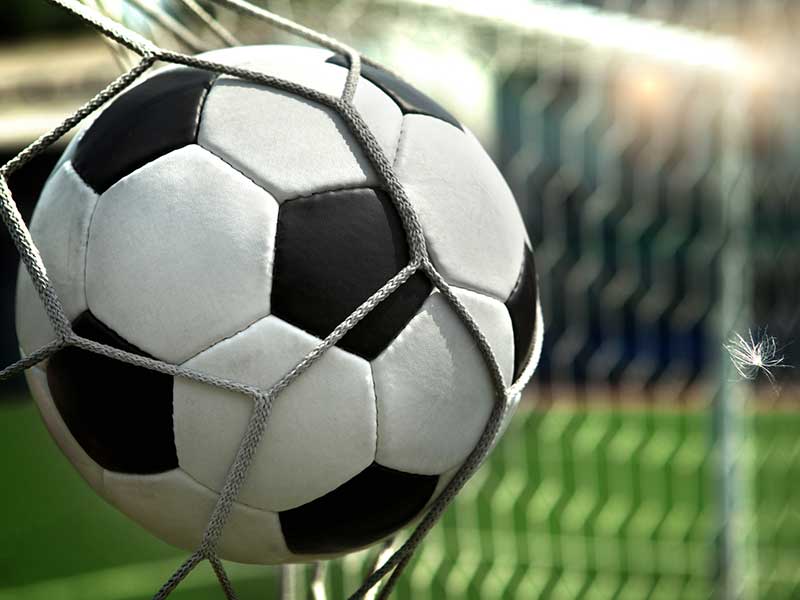 Prior to the remarkable game in Madagascar in 2002, the highest scoring professional match took place in Scotland back in 1885, as Arbroath beat Bon Accord in the Scottish Cup.

Despite not being one of Scottish soccer’s heavyweights back in the 1880’s, Arbroath were a far more established side than Bon Accord when they drew each other in the first round of the Scottish Cup.

According to records, Bon Accord didn’t have their own kit for the match and the writing was on the wall as Arbroath went into the half-time break with an incredible 15-0 advantage.

Bon Accord’s struggles continued in the second period too, as they conceded a further 21 goals to cap an incredible game, in which Arbroath ran out 36-0 winners.

John Petrie was Arbroath’s star striker that day, scoring 13 of the 36 goals – an achievement that has been matched in professional soccer but never beaten.

Arbroath were however unable to convert their incredible start to the season into glory, as they were knocked out by Hibernian in the Fourth Round but their haul of 55 goals in the 1885/86 Scottish Cup campaign is still a record that stands today.

Whilst club soccer can often throw up some huge mis-matches, especially in cup competitions, international soccer is generally a bit more of a level playing field.

By the very nature of being able to represent their country, soccer players do tend to be able to play at a certain standard, therefore lessening the likelihood of big score lines in international soccer.

However, Australia’s match with American Samoa in 2001 broke that mould, in one of the most remarkable matches in World Cup Qualifying history.

The Socceroos were then operating in the Oceania section of World Cup Qualifying and had managed to overcome Tonga 22-0 in the week building up to their meeting with American Samoa in Coffs Harbour.

American Samoa meanwhile, traveled to Australia with a depleted squad and knew it was damage limitation from the moment they arrived in New South Wales.

Plagued with passport issues and selection problems within their setup, American Samoa fielded three 15-year-olds and some of their players had never played a 90 minute match prior to taking on Australia.

It took Australia 10 minutes to break the deadlock but once they did, all hell broke loose, and a barrage of shots rained down on the American Samoa goal.

Going in at half-time 16-0 to the good, Australia changed some of their personnel which had a minimal impact on the result, as 15 second half goals followed, and Australia ran out 31-0 winners.

Australian striker Archie Thompson etched his name into international soccer folklore on that day, netting 13 times, to equal the aforementioned Jim Petrie all the way back in 1885 as the highest individual goal scorer in any given professional soccer match.

As previously mentioned, scoring a goal is one of the hardest things to do in any game of soccer and the likelihood of banging in the goals on a regular basis is very slim.

Generally, there needs to be a noticeable imbalance on the field of play or a motive for one team to concede so many goals, in order for unique score lines to manifest.

Holding the Premier League record in England for the highest scoring game of all time are two sides that have dropped out of the top-flight in Portsmouth and Reading.

The two sides met in a Premier League classic at Fratton Park back in September 2007 and it was the hosts who came out on top in a thrilling encounter.

Zimbabwean striker Benjani scored twice in the first half for Pompey, to set them on their way to what seemed to be a comfortable win, before Stephen Hunt replied for the Royals just before halftime.

It was in the second period however where the goals started to flood in, as Dave Kitson brought Reading back on level terms just after the restart, only for Hermann Hreiðarsson to put Portsmouth back in front.

The ebb and flow was far from finished on the South Coast however, as goals from Benjani once more and Niko Kranjcar put Portsmouth 5-2 to the good, with Shane Long hitting back for Reading, only for Reading defender Ívar Ingimarsson’s own goal sneaking in to put Pompey back in full control.

Sully Muntari’s penalty was the 7th scored by Portsmouth in an incredible match, with Sol Campbell’s own goal providing a consolation strike for Reading in the dying embers of an unforgettable match.

Such is the impetus on not losing these days in modern soccer, that high scoring matches are becoming far less frequent, as sides are prioritizing defending over attacking.

That said, soccer continues to provide compelling entertainment at all levels of the game and very few sporting spectacles can compete with a high-scoring soccer match.