A move in which a player passes the ball to a teammate and expects to receive it back again immediately. It is often used to get past an opposing player in a triangular movement. 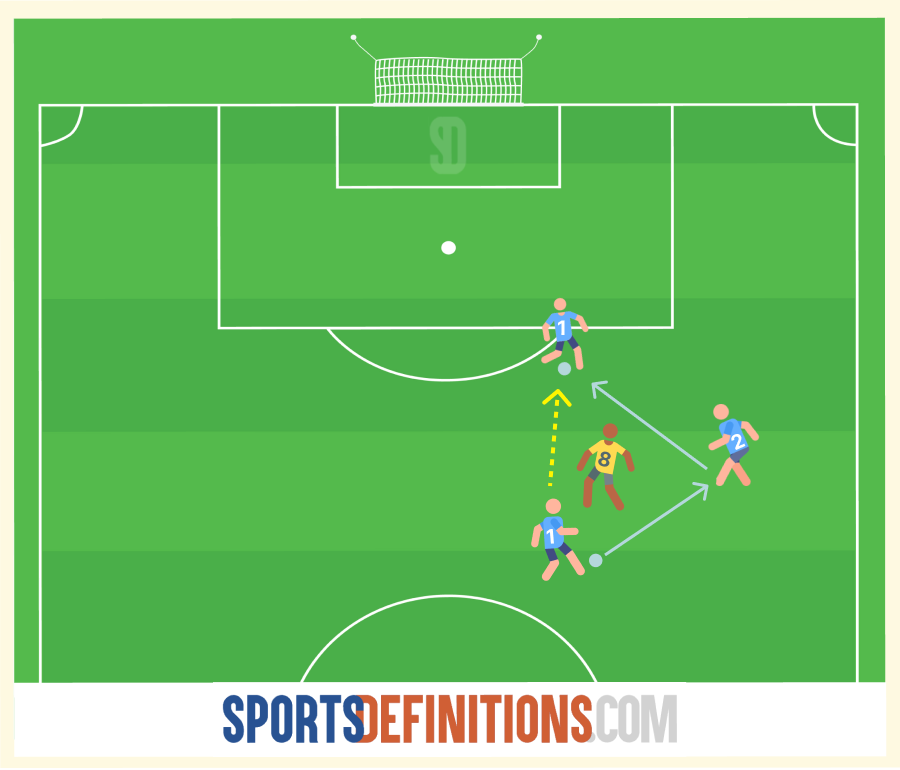 What are the Pros and Cons of a one-two?

A one-two in soccer can be effective in both offensive and defensive situations. The main advantage of a one-two is that it allows a player to get past an opponent with the help of a teammate. It can be very useful when a player doesn’t have a lot of space on the pitch and needs help getting out of a tight area.

However, a one-two requires a good level of communication so if the two players aren’t thinking in sequence the one-two may be unsuccessful and in most situations can lead to possession being lost or the ball going out of play.