Being one of the most popular and highest-paid sports in the entire world, you would expect that soccer referees are paid quite a huge amount of money per season. Well, not really.

Even though there are far more serious and challenging jobs, soccer referees are one of a kind – not only do they have to endure pressure on both ends of the field but also from whoever is at the helm of the official refereeing committee of the respective competition.

To officiate a single top-tier soccer match is much harder than you might imagine. Especially when you take into consideration the financial power of two clubs competing against each other and many other factors that make even a single Premier League match seem like a Champions League final.

How much do the most paid referees in the world earn?

If we take a look at the list of the top ten most paid professional referees that officiate some of the most important club competitions, we will notice that there is not that big of a gap between the amount of money they earn per match.

An Elite Panel of referees created by some of the biggest governing bodies, in this case, UEFA, serves as a group of best referees from all over the world. They are deployed to be a part of the Champions League officiating committee.

Of course, the more important the competition, the bigger the salaries. The earnings could also vary depending on the role of the referee. For example, match officials, assistant referees, and the fourth referee don’t all receive the same payment. It makes sense, since not only their roles, but their importance on the field is somewhat different. 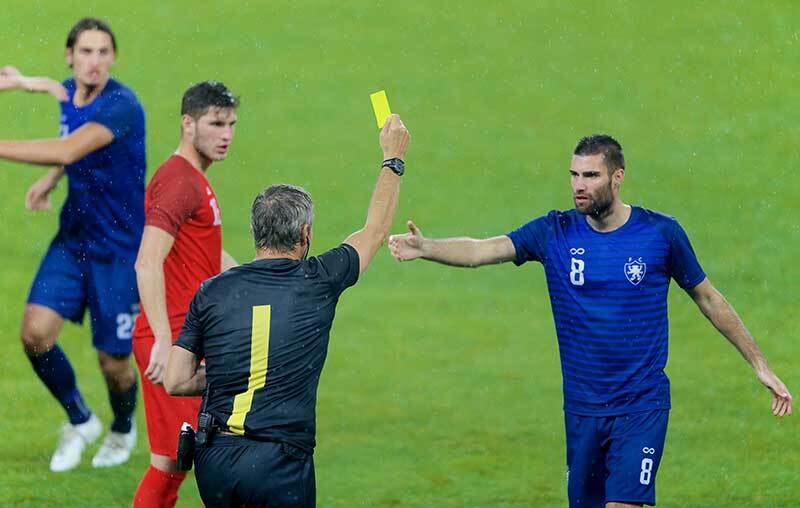 Some referees, like players, tend to sign short-term contracts in case a certain league or a competition needs a substitute. In these cases, we can rarely see top-tier match officials signing these types of deals since most of them are already assigned to their respective leagues. The biggest professional referees don’t tend to switch leagues and competitions in between the season and that’s why sometimes it’s a bit hard to find a good replacement.

As you can see, referees in the elite category are the most experienced ones. They need to have experience of at least 5 to 6 years of officiating in their domestic league, before being qualified as elite.

The earnings of course vary depending on the stadium of a competition. For example, those who officiate in the group stage of the Champions League, earn around $8,000 per game, while those who are a part of the knockout stages earn up to $10,000.

That title is in the hands of the former Premier League official – Mark Clattenburg. Clattenburg reportedly signed a contract with the Saudi Arabian Soccer Federation where he currently earns around 650 thousand dollars per season.

In the second place, we have a Spaniard – Antonio Mateu Lahoz. Even though his fee is around 8,000 dollars per match, Spain offers the highest basic salary to their referees in the entire world. Combine that with the regular matchday fee and you will get the second-highest earner in the world.

Another important fact that we’ve mentioned but is still important to note here is that not many referees officiate the same number of games per season, whether that be domestic, European, or some other top-tier competition. There are multiple cases in which some referees ended their World Cup (or a continental cup) earlier than expected. The main issue here was their performance which was in this case below par.

Do you know which are the top five domestic soccer leagues pay the highest basic salary to their referees?

Base Salary In The Top 5 Domestic Soccer Leagues

As we’ve seen a bit earlier in the top 10 list, there is a certain fee that each referee earns per match. Here, on the other, we can notice that the basic match salaries of some of the most financially strong leagues in the world vary quite a bit – you probably didn’t expect to see Premier League at the bottom of the table. Combine the basic salary with the fee earned in the European Competitions and you will have an idea of how much a top-tier referee earns per whole season. 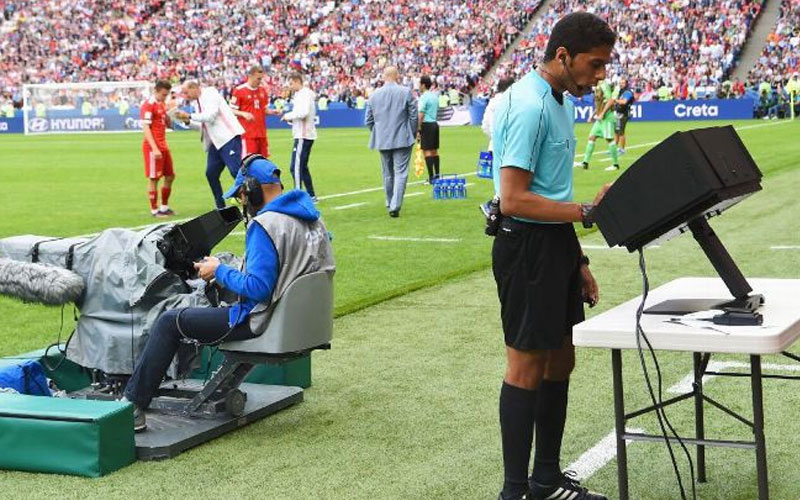 If we take a look at North America and focus on Major League Soccer (MLS), we will see that the US top division is a bit behind its European counterparts. That makes sense, since to some extent  MLS is still an up-and-coming soccer league compared to the other major leagues, especially in Europe.

It is expected that with the rise of popularity, quality, and financial power of MLS, many referees will earn much more in the near future.

Being a match official is definitely not an easy task. A good referee has to be physically fit – in some cases even more than certain players. Some reports claim that the distance an average outfield player makes during a game is lower than the distance made by a referee.

Attention to detail is also quite important – combine those two and you will probably have a hard time finding a really solid match official. Now, on top of that add the fact that you will also need a mentally strong professional who doesn’t break under pressure. The numbers are even lower now.

Referees are definitely worth the money they are paid, and in some cases even more.