It may not enjoy the high profile of many other sports which are competed at every Olympic Games, but there has been a soccer tournament at every Games except two, competed for between certain member countries of the International Olympic Committee.

Here, we explain how the tournament has evolved, and chart the number of teams that have taken part in the Games up to and including 2020, when the sport was contested by both men’s and women’s national teams from around the world.

16 teams competed in the men’s soccer Olympics and 12 teams in the women’s competition.

Soccer has been an Olympic sport since the very beginning of the modern era Games, begun in Athens, Greece in 1896.

Just three teams took part in those first Games, and for the first three Olympic Games, the sport enjoyed only exhibition status, meaning that no medals were awarded.

If we look at the history of soccer, competitive soccer was only just beginning to take off in many countries around the world at the end of the 19th century, and at that time, many countries did not have enough teams or players to be able to form a national team. This partly explains why the first tournament’s participants consisted of a national side from Denmark, and representative teams from the cities of Izmir, Turkey, and the hosts, Athens. 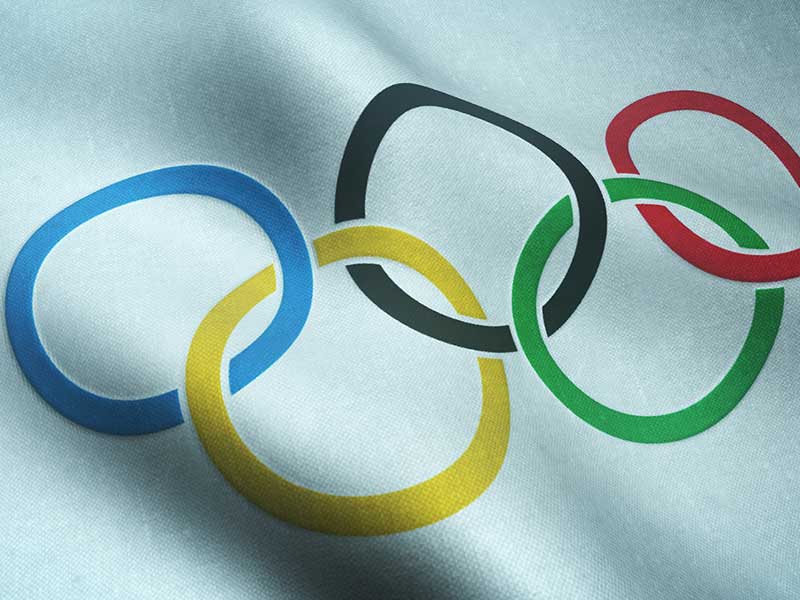 By the time of the Tokyo Olympic Games in 2021 – a year later than originally planned due to the effects of the global Coronavirus pandemic – soccer had become a marquee sport for the Games, partly due to its massive, and still growing, following in Asia, and the anticipated participation of some of the world’s best-known players.

Due to time constraints, the number of teams taking part at the Games themselves was restricted to 16 men’s teams and 12 for the women’s event, as this was considered the maximum number of teams which could feasibly complete a full tournament in the two-week time window in which the Games take place.

However, there is pressure for both men’s and women’s events to be competed for by the same number of teams at future Games. At the time of writing (spring 2022), no decision had been taken on this.

What Is The Format For The Olympic Soccer Tournaments?

Both men’s and women’s tournaments consist of a round-robin group stage followed by a knockout stage.

Each group consists of four teams, and each team will play the other teams in its group once. As with all other current soccer league-based competitions, teams get three points for a win, one point for a draw, and no points for a defeat.

On completion of the round-robin section, the two teams with the best record in each group  – plus the top two third-place finishers in the women’s tournament – advance to a knockout stage.

The knockout rounds are a single-elimination tournament consisting of quarter-finals, semi-finals, and the gold and bronze medal matches. The former is competed by the two semi-final winners, and the latter by the losers of the two last-four games. 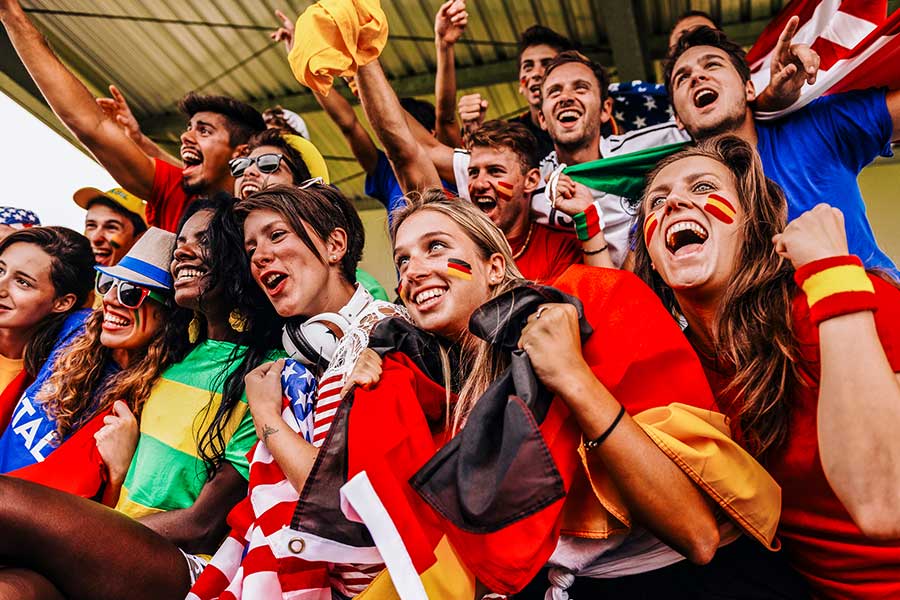 As per standard professional soccer rules, matches consist of two halves of 45 minutes each, with a maximum 15-minute half-time break. Since 2004, during the knockout rounds, if the match is tied after 90 minutes, extra time, consisting of two halves of 15 minutes each, is played. The exception is in the bronze medal match, where, if scores are level at 90 minutes and, as is usual, the final is scheduled to be played on the same day, the game instantly proceeds to a penalty kicks competition. This consists of five rounds, plus extra rounds if tied.

How Has The Number Of Soccer Teams At The Olympics Evolved?

We mentioned at the beginning that just three teams took part in the first Olympics soccer tournament, and although similar events followed at the next two Games, the first officially-organized Olympic soccer tournament is generally accepted as that held as part of the Games in London in 1908.

Organized separately from the Games by the English Football Association, six teams took part on that occasion, while their Swedish counterparts who organized the tournament four years later, attracted 11 entrants. At this time, all players were true amateurs, as stipulated under Olympic rules.

The first Olympic soccer final after the First World War, in 1920, became controversial when the Czechoslovakian team playing Belgium in the final, walked off the pitch in protest at the officiating of the English match referee. Curiously, there has not been another all-European Olympic soccer final since. 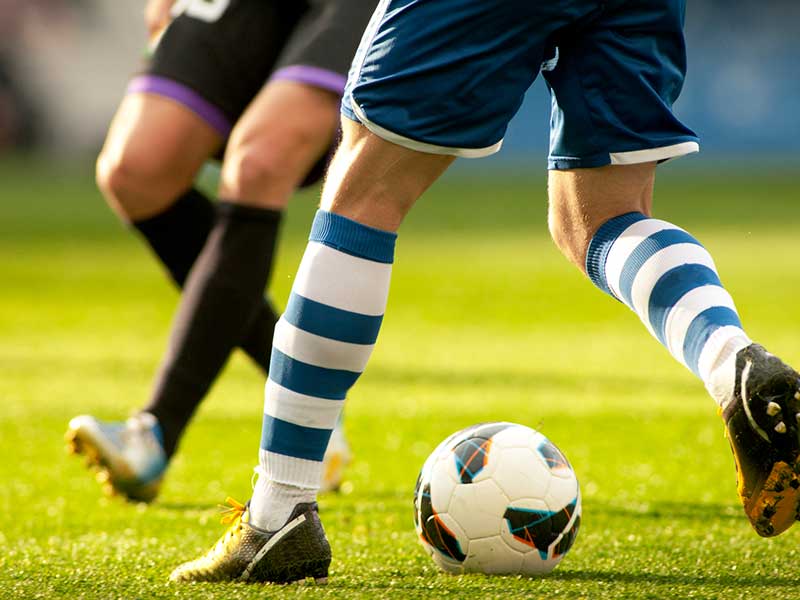 This is because the next games coincided with the emergence of the South American nations, their dominance signaled by wins for Uruguay in 1924 and 1928.

The emerging dominance of the South American nations at the tournament was one of the deciding factors in persuading French F.I.F.A. President, Jules Rimet, to instigate his plans for a World Cup tournament. However, his plans were strongly resisted by the International Olympic Committee and its founder, Pierre de Coubertin, as they were worried that a separate international tournament would detract from the standing of the Olympics as the foremost sporting competition in the world.

Nevertheless, the two tournaments continue to co-exist, and while the number of teams participating in the World Cup finals stayed steady at 16, before growing first to 24, then to 32 from the France 1998 tournament, and will expand again, to 48 for the 2026 World Cup in the U.S.A. and Canada, the numbers competing at the Olympics has fluctuated but has stayed almost constant, at 16, since 1960.

The women’s Olympic soccer event has been competed for since the Games in Atlanta in 1996. Twelve teams have contested the finals at most Games, participation split as follows: Europe and Asia, 3 countries each; North America 2; Africa and South America 1 or 2; and Oceania 1. These figures exclude the host nation, which in 2020 was Japan.

What Age Limits Are There On Soccer Players At The Olympics?

The Olympic soccer age limit which exists on players is another product of an unwritten agreement between the International Olympic Committee and F.I.F.A. This says that the latter’s World Cup tournaments should remain the most important global soccer competition.

Since 1992, the Olympic men’s soccer tournament has been played along internationally-accepted rules for Under-23 tournaments. However in 1996, the International Olympic Committee agreed that participating nations could include a maximum of three players aged over 23 in their squads. This only applies to the squads of 22, and there are no restrictions on the numbers of over-23 players who must be on the field at any one time.

An exception was made for the tournament at the 2020 Tokyo Olympics – which, as mentioned at the top of our article, took place a year late. For this tournament only, the maximum age limit for players was raised to 24.

The Olympic women’s soccer tournament has no such age limitations, which means that there is no bar to the best women’s players in the world taking part. F.I.F.A. clearly believes that there is no conflict between the Olympic Games and the Women’s World Cup – even though this is scheduled to be held in the year before every Olympics.