The equivalent of overtime in many other sports may be called either time-added-on or extra-time in soccer, depending on the reasons why it is needed. One is when time is allowed by the referee to compensate for interruptions to the game, and the other is an extra half-hour played at the end of a match when the scores are level at full-time but a winner must be decided on the day.

While generally, it is perfectly possible for a soccer match between two teams to end in a draw – or a tie, as it’s called in some sports, when both sides have scored the same number of goals, or neither team has managed to score – there are times when a positive result is not only desirable, but when the laws of the game, or of the specific competition, say that a positive result must be arrived at on the day.

A game of soccer at most levels is intended to be played over 90 minutes, divided equally into two halves of 45 minutes, separated by a short period of half-time. And although the length of a game can vary, it is nearly always split into two halves of the same length.

While the length of the match and each half will be decided beforehand, during a soccer match, incidents often happen that result in the flow of the game being interrupted. These can be anything from a foul being committed by a player, resulting in the awarding of a free kick or penalty kick by the referee. 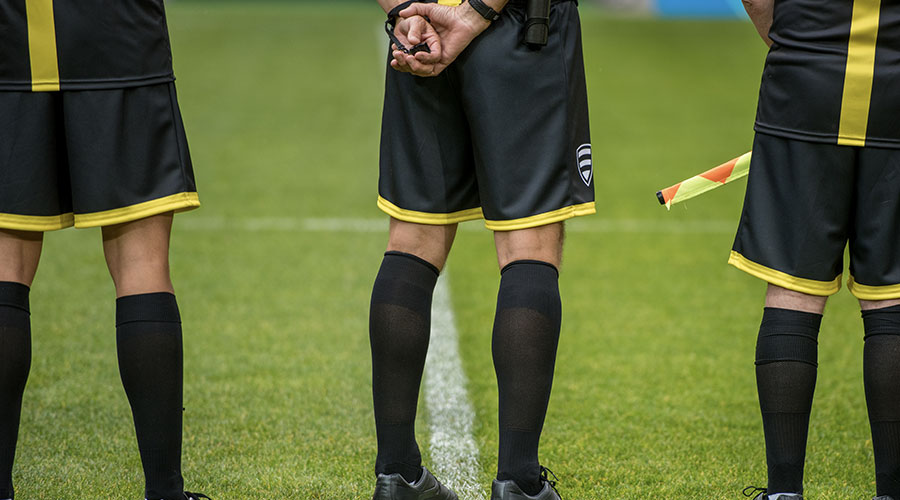 Once such an offense has been committed, it might also set in train a series of other events for which it will be necessary for play to be stopped. For instance, the referee could decide that any foul is sufficiently serious to warrant him giving an offending player a booking – which acts as a formal warning as to that player’s future conduct. This will be signified by the referee showing the player a yellow card, which makes it clear to both the player and everyone else watching that the player’s conduct has been formally noted, and acts as a first warning that the player could be sent off if any further offenses are committed.

The offense in question might even be considered more serious, and worthy of the player committing it being shown a red card, which means instant dismissal from the game, and signifying that the culprit will play no extra part in the game.

When this happens, once the incident has passed, and play has resumed, the referee is obliged, under the game’s laws, to take account of the amount of time for which the game was stopped due to such incidents, and then use his discretion to decide whether to add the total amount of time taken up by such incidents to the end of that half of the game.

In practice, almost every half of a soccer match will be extended by a few minutes, to take account of any number of incidents that have broken up the flow of the game. So, technically, extra time is played at the end of almost every half of a game of soccer, and especially at all levels of the professional game, to ensure that a match actually lasts for as near as possible to the full 90 minutes. However, to distinguish between time which has been added on for this reason, and an extra amount of time played separately at the end of a game in an effort to produce a positive result, this flexible amount of time is commonly known as ‘injury time’ or ‘time added on’, as distinct to extra time, which has a different purpose, and is explained later in this article.

For many reasons, there is no fixed amount of time that can be added on at the end of each half of a soccer match when it is due to interruptions during the game. This produces an infinite number of variations on the length of a soccer game. The decision over how much time to add on is usually taken by the referee on the pitch, in the lower league and amateur matches.

However, due to the greater rewards at stake at the elite level, and so the amount of scrutiny placed on such matches, games have a fourth official, who will be sat in the stadium. This person will keep a log of interruptions, then will indicate to the referee, via an earpiece, how much time he or she should add on at the end of a half of play.

This often leads to controversy, as players and spectators will dispute the amount of time added on. Depending on whether their team is winning, they might want the referee to be generous with the amount of overtime allowed, or hope that they will not add on the full amount for which the game was interrupted.

Finally, we should point out that, while the term ‘overtime’ is very commonly used in American sports, such as basketball, ice hockey, and baseball, the more regularly-used term in soccer to describe it is extra time.

A separate term, injury time, or added-on time, to describe a variable amount played after the allotted duration of the game has passed to compensate for interruptions during it – so these are the terms which we will use in our explanations in this article. 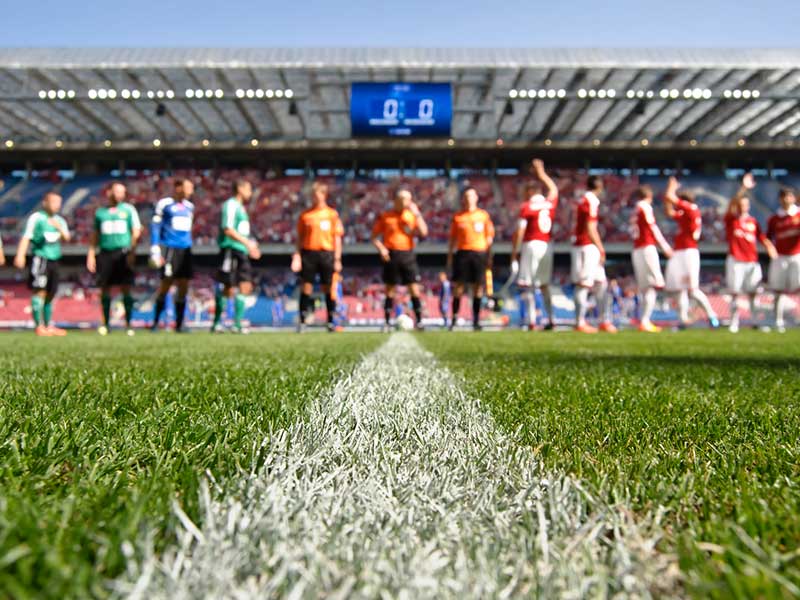 How Is The Total Length Of A Soccer Game Decided?

One person is at the centre of all decisions over such a call – the match referee. You might have noticed that this official usually wears at least two watches when in charge of a soccer match. It’s a common belief – although not officially confirmed – that one of these is a standard watch, and is used for measuring the amount of time passed in each half of a match. The other is very often a separate stopwatch, which the referee will activate when play is interrupted, and use it to measure the amount of playing time lost. At the end of a half of a match, they will then check the reading of the stopwatch, and add an extra amount of time for which the stoppage watch has been activated.

While this was customary in the years before the use of a fourth official at many soccer games – and is still the case at lower levels, where there are no resources available to allow for a fourth official – in practice at the higher ranks of the game, the timekeeping, and logging of amounts of time taken up by interruptions in play, is the now one of the main responsibilities of the person appointed to this role.

Through the use of audio communication which is always available between the fourth official and the referee, a message is usually passed to the referee through his earpiece, indicating the amount of time that should be added on. At the same time, the information is also given as an announcement over the stadium P.A. system, so that spectators know how long, in addition to the regulation time, will be allowed.

What Is The Difference Between Overtime And Extra Time?

In plenty of instances, a game of soccer needs to be decided on the day, due to time constraints and to avoid possible disruption to a tournament’s schedule caused by having to fit in a replay.

In these cases, it may be included in the particular tournament’s rules that, if the scores are level, for example both teams have scored one goal each, at the end of this period of time, then the play will be temporarily stopped, to mark the end of the period of normal play. It may then be restarted for a further 30 minutes – divided into two 15-minute halves – to give further time for a positive result to be reached.

In effect, the period of extra time is a mini-match, played over two halves of 15 minutes each, and the score at the end of this extra 30 minutes decides the outcome of the match.

The history of extra-time in football is quite possibly longer than you realize, the first known example of an extra period being played to decide a major tournament being the English F.A. Cup Final of 1875 – only the fourth time this competition had been played. The Royal Engineers were up against the Old Etonians, the latter playing in their first final, and the former also looking for a first cup win having lost two of the previous three finals.

However, even extra time couldn’t separate the two teams, and the game finished 1-1, which necessitated a replay. That took place three days later, and saw the Royal Engineers triumph by a 2-0 scoreline.

Since then, many high-profile games have been decided after a period of extra time, most notably the 2014 World Cup final, between Germany and Argentina. This went into extra time after a goalless 90 minutes, but then Germany’s Mario Gotze scored with just six minutes of the 30 of extra time remaining, and that goal proved decisive.

Even then, that may not still be enough to produce a positive result, so if the scores are still level after 120 minutes of play (90 minutes of the normal game, plus the additional 30 of extra time), if needed, a game can be decided by a penalty shoot-out.

In certain cup tournaments, when extra time has still not produced a winner, the two teams may have to have a replay, or another match, to try to separate them. 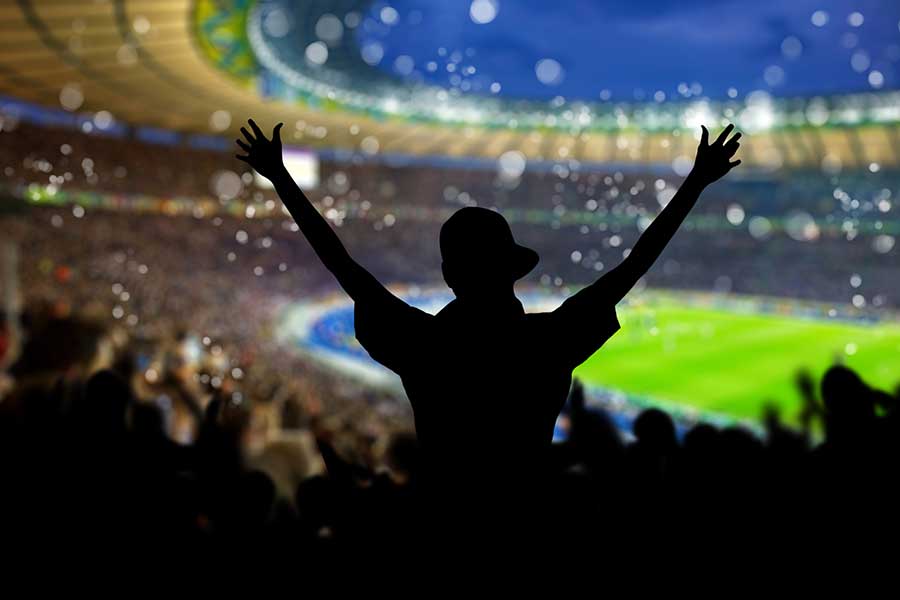 What Is ‘Golden Goal’ Extra Time?

Once extra time became more common, especially in high-stakes major soccer tournaments, it began to lead to teams involved becoming more defensive in their play – the importance of not conceding a goal seen by coaches and players as outweighing that of scoring.

So in an attempt to produce more attacking play in extra time, F.I.F.A. promoted the idea of the ‘golden goal’, in which the first goal scored during extra time would win the game.

Such a system was trialed at the 1992 Olympic Games among other tournaments, but it was then extended to the European Championships held four years later, and produced the first major competition to be decided in this way, when Germany’s Oliver Bierhoff scored in extra time to give his team victory over the Czech Republic.

Golden goals were also used at the World Cup finals two years later, to decide matches in the knockout stage of the tournament. France were the beneficiaries, when a goal from Laurent Blanc in extra time saw the French squeeze past Paraguay, to reach the tournament’s quarter-finals.

The ‘golden goal’ rule was retained right up to the 2002 World Cup finals, although by this time, it was having the opposite effect to that intended, in making teams play more defensively in this period of the game, for fear of conceding the winner-takes-all goal, so it was removed. Where necessary, matches then reverted to being decided either by the playing of a full half-hour or extra time, or by a penalty shoot-out, when needed.