In soccer, a back-pass rule prohibits goalkeepers from catching the ball when that same ball is passed back to them by a teammate. The rule is described in Law 12; Section 2 of the Laws of the Game.

Being a goalkeeper allows you to normally handle the ball inside your own penalty area. While the ball is in the goalkeeper’s hands, the opposing players may not challenge them for it. The back-pass rule prohibits goalkeepers from touching the ball with their hands after it has been passed to them by a teammate. They may not handle the ball if it’s been directly received from a throw-in, either.

However, when it comes to other body parts, goalkeepers are allowed to handle the ball after it’s been passed back to them. That’s why we often see players passing the ball back to their goalkeeper via header. 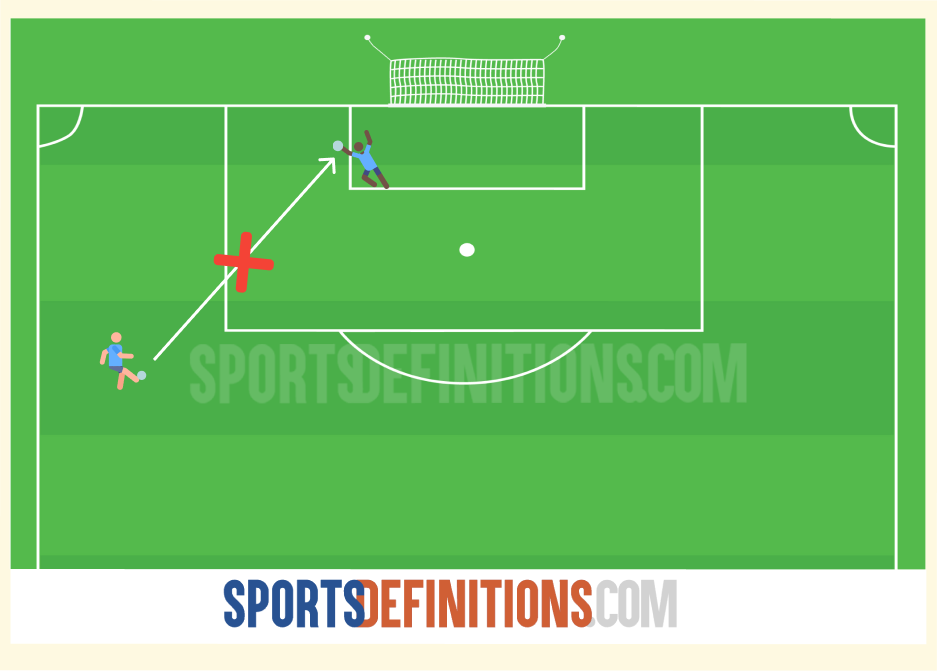 Even though the name of the rule is the back-pass rule, the ball doesn’t necessarily have to move backwards. No matter the direction, the goalkeeper may not handle it after it’s been directly passed back with a foot by a teammate.

Depending on the location, goalkeepers may receive a yellow or, in some cases, a red card. For example, an intentional ball catching outside of the box will usually result in a yellow card. Red card cases are fairly rare, but some referees might deem the situation quite harsh and will try to compensate for the disadvantage gained by the other team by sending off the goalkeeper.

How do players circumvent the rule?

As mentioned earlier, goalkeepers are allowed to catch the ball if the ball is played back to them by an action other than a kick or throw-in. An example of that would be a header. However, defenders are allowed to try to be a bit more creative – they can deliberately send the ball back to the goalkeeper with a part of the body other than the foot. This way, many players try to circumvent this rule.

They do so by flicking the ball up with their foot and heading it back to the goalkeeper. They can also send a direct ground pass to the goalkeeper by using their head instead of the foot, which is something that is not that often seen on soccer pitches – mostly in hail mary scenarios.

The United States Soccer Federation has a set of rules where we can see the guidance on how referees should judge this offense:

The offense rests on these three events that occur in the following order:

The violation has occurred if the referee deems that these three conditions are met.