Netball is often perceived as a very calm and gentle game, mostly because people consider it as a no contact sport. However, netball does have some contact involved. The use of obstructing a player can often lead to contact. Whilst netball is generally considered no contact, there is the opportunity for contact to be made. This is called “Fair Contact”.

The use of fair contact arises during the obstruction of another player or when more than one player is targeting the ball. Fair contact means that both players who are making contact are doing so out of necessity rather than deliberately attempting to injure the other player. The rule of fair contact is that both persons involved should both be using an equal amount of contact and at an equal or appropriate level of strength. It would be unfair for one player to overpower another player, however it would be considered fair for them both to use an equal amount of power when attempting to gain control of the ball. Fair contact ensures that neither players that come into contact with each other are significantly disadvantaged. 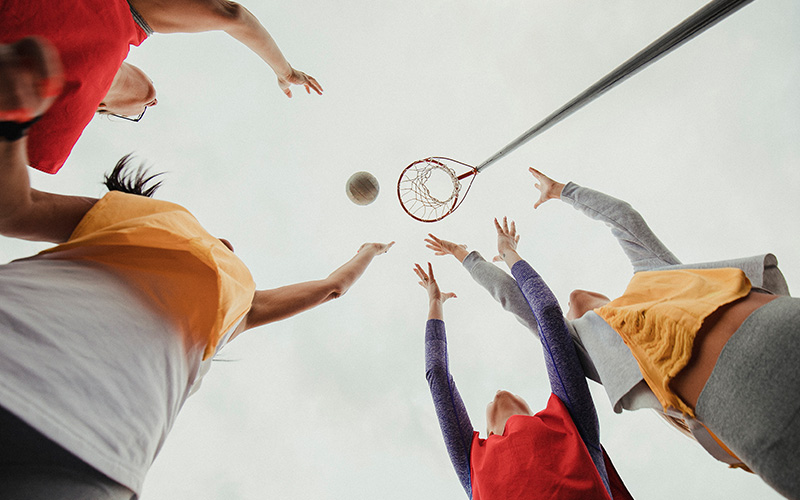 Whilst netball’s fair contact rules are set in place to keep the game as safe as possible, there is still the opportunity for players to finish with bumps, cuts and bruises. There are additional measures in place during games of netball to ensure that its players are less likely to end up injured.

One rule that netball players must follow is that they must keep their fingernails short. Whilst the length of one’s nails would usually be overlooked when playing some other sports, the constant use of player’s hands and the contact they make with other players means that there’s the possibility long nails could cause a problem – and not just for opposing players! Whilst it’s easy to scratch someone else with long nails, there’s also the risk of breaking your own nails if you’re handling the ball. The solution is to keep nails short, preferably shorter than the end of the finger.

Another, more obvious, rule is that jewelry or piercings shouldn’t be worn during a game of netball. Piercings can easily be snagged, causing injuries and jewelry can cause damage in similar ways.

Can You Get Sent off in Netball?

Netball games have a warning system in place, quite similar to soccer, where players are given warnings which pertain to which level warning they’re on. There are three levels of warnings, with the third being the most severe which results in being sent off for the entirety of the match. Unlike soccer, however, the second warning also forces the player to be removed from the pitch from a set amount of time, in a time-out.

If harassment or heckling continues from the sidelines, and isn’t brought under control, the game can be forfeited with the heckling team receiving 15-0 points against them.