Baseball loves statistics. Whether it’s measuring how a team performs over time, or the effect an individual player has on that team’s performance, a legion of ‘experts’ have tried to find definitive ways to measure these factors – and more.

But whether their talents lie in offense, defense, pitching or running, one stat takes all these aspects of the game, and measures a player’s value directly against all their equals.

Called ‘Wins Above Replacement’ or WAR, it works out how many more wins a team has achieved with any specific player than it would have had with a substitute player.

WAR uses a variety of constantly-updated metrics, and came along with the advent of sophisticated computer-based performance analysis in the early 21st century.

It works by assigning a base value to an average minor league player, and determines how much better a regular Major League Baseball player is in each aspect of the game.

So a player who is good all-round in aspects such as hitting, fielding and base-running will have the highest WAR.

The statistic is also used to measure a pitcher’s performance – but is calculated differently, due to their specialist nature.

How Is WAR Calculated For A Position Player?

These are all complex factors, but can be briefly explained as follows:

Batting Runs (Rbat): This measures a player’s effectiveness while hitting, adjusted to the league each season. It also disregards pitchers’ batting stats, and includes some adjustment for scores made resulting from errors.

Baserunning Runs (Rbr): This takes into account not just stolen bases and caught stealing but also how adept baserunners are at gaining extra bases (i.e. first-to-third on a single, scoring from first on a double, etc.) while also factoring in how often they are thrown out on the bases, while weighing the occurrence of these events against how many occurrences a player has at a certain base, as well as the league’s numbers as a whole.

Grounded in Double Play Runs (Rdp): Measures how good a player is at avoiding double plays. This factor is determined by how many double plays a player hits into whenever he hits a groundball where at least one out is recorded whenever there is a runner on first with less than two outs.

Fielding Runs (Rdef): Is the measure of a player’s defensive performance, and determines how many runs he saves or costs his team due to his defense.

Positional Adjustment Runs (Rpos): This is an adjustment to WAR that adds or subtracts from the total runs based on a player’s position (except the pitcher). More difficult positions have positive numbers as multipliers, while easier spots have negative numbers. These are pro-rated based on what percentage of 1,350 innings (150 games) were played at a certain spot, which is calculated separately for players who have played in multiple positions.

Replacement Level Runs: This is the final component for the rest of the calculation, and is the number of runs a team could expect to get from a place who has cost it only the league minimum salary to acquire 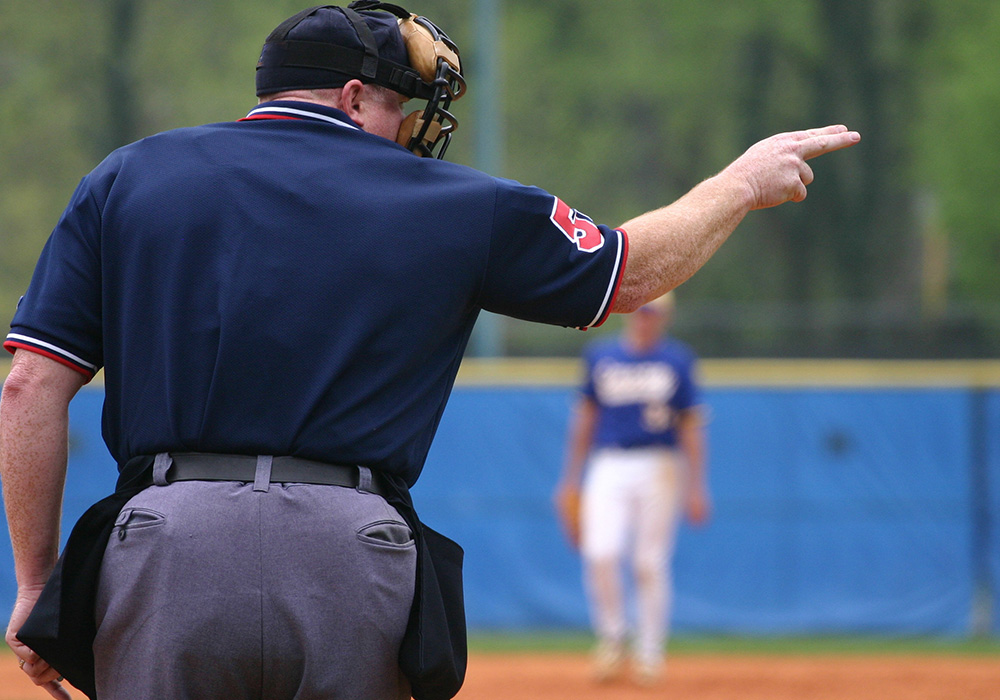 How Is A Pitcher’s WAR Worked Out?

While a pitcher’s WAR is still not a cut-and-dried statistic, the formula for the pitching side is a little less cluttered, because their WAR only takes account of two factors: pitching and fielding.

A pitcher’s WAR takes the player’s runs allowed and number of innings pitched, then adjusts these to take account of the strength of the opposing teams, and adjusts for a team’s defensive performance. So the main factors, as stated, are the player’s pitching and fielding.

How Effective Is WAR As An All-Round Statistic?

This is the key issue which WAR was formulated to calculate, the intention being that it measures a player’s total overall contributions.

WAR highlights those players who are strong in all parts of the game. Its main benefit is that it helps fans and statisticians compare players of one era with those of another, where in many instances, straight runs and bases scored and other measures would be skewed and possibly misleading.

The effectiveness of WAR is also helped by consideration also being given in calculating the statistic to the degree of impact the outcome of a certain play has on the overall match result. So a relief pitcher sent on late in an inning has his figures adjusted to take account of the relatively lower number of pitches he will deliver compared to a specialist.

Overall, WAR is a highly fluid and sensitive statistic, but it rewards players who perform consistently, or those who manage to consistently improve their performances.

In an average season, the vast majority of players, many of whom only play sparingly, record a WAR between -1.0 and 1.0. This shows that most players in the NBA are close to, if not below, replacement level.

At the other end of the spectrum, an extremely high WAR can be attained, with figures over 10.0 being exceptionally rare, and anything higher than that being virtually unheard of.