The infield fly rule is a rule implemented to serve the runners on base. This rule is useful for the defense, but not something that can be taken advantage of.

The infield fly rule was written in order to stop teams exploiting the rules involving double and triple plays on popups.

At its core, the infield fly rule is made up of several key elements.

“Regular effort” means that no additional effort or skill is required to catch the ball. Additionally, it also means that the ball cannot be caught in the infield dirt or grass.

If these conditions are met, an infield fly is declared by the umpire.

How does the Infield Fly Rule Work?

Runners on base during an infield fly call can advance at their own discretion, but need to be aware that they do so at their own risk as they can still be tagged to record an out since there is no force play in effect.

Along with this, if a high pop fly is hit to the shallow outfield area and a fielder attempts to make the catch, but is called off by a fellow fielder or drops the ball, in infield fly rule can still be enforced, providing it was clear that the fielder is deemed to have been able to catch the ball with “ordinary effort”.

The infield fly rule is not judged by the markings or poles on the pitch, but is instead judged based on the discretion of umpires.

A bunt can also never be an infield fly. Bloopers to the infield also cannot be considered an infield fly, based on the way that they fall and the intention of the batter.

To call an infield fly, there needs to be players on either the first and second, or first, second and third bases. This is because there needs to be at least two runners on bases to be subject to “force play”. If this wasn’t implemented, then the defense can’t gain any advantage for letting the ball get dropped. 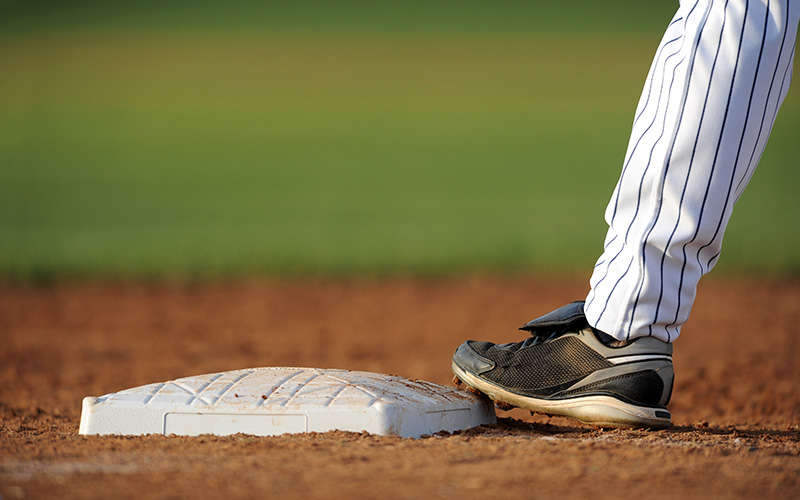 Why does the Infield Fly Rule Exist?

The infield fly rule may come across as fairly pointless or meaningless to someone who is unfamiliar with it. And whilst it’s complicated, it does have its uses and applications.

The infield fly rule was designed in order to prevent fielders from purposely dropping a routine infield pop-up to try and earn an easy double or triple play by exploiting the chance for multiple force plays.

The infield fly rule is in place to benefit the runners against exploitation of the rules involving double or triple play. Without it, runners would be in two minds as to whether to run or not.

The infield fly rule offers some more security to runners, as without it they’re faced with two situations – Firstly, the third base player could potentially let the ball drop and achieve multiple outs by tagging the runner on third if they stay close to their bases. Secondly, if the runners decided to stray too far from their bases, the third base player could catch the ball and double them off.

History of the Infield Fly Rule

The infield fly rule was created initially to combat the abundance of players purposely dropping pop-ups to turn double-plays.

Initially, the wording of the infield fly rule was vague and deemed to be confusing, and didn’t fully protect baserunners in the same way it does now. The most recent change to the rule occurred in 1931, which cleared up confusion caused by the phrasing surrounding the intention of catching and dropping the ball. The current rules are a lot more clear, and now protect baserunners a lot more thoroughly.