Baseball is all about throws and hits. And when the two teams are out there in the middle of the field, with maybe a crowd of tens of thousands cheering them on, the pitcher and the batter are like a pair of boxers – the one knowing that one good hit will mean the end – for a while at least – for their adversary.

Because of the intensity of this battle, a pitcher will try to outwit a batter by a variety of actions. However, under the official baseball rules, many of these are deemed to be a foul pitch, or a balk.

A pitcher commits a balk when he tries to deliberately deceive the hitter or runner. As baseball has evolved, the number and variety of different ways in which the pitcher can commit a balk have grown.

An example of an action which constitutes a balk is the pitcher dropping the ball when the batter is set.

But the exact rules governing what constitutes a balk are quite involved, and often lead to confusion, even among players on the field.

Even though the balk rule dates back to 1898, ever since then it has been the topic of much debate and controversy, especially when a call of balk has proved decisive to the outcome of a game. 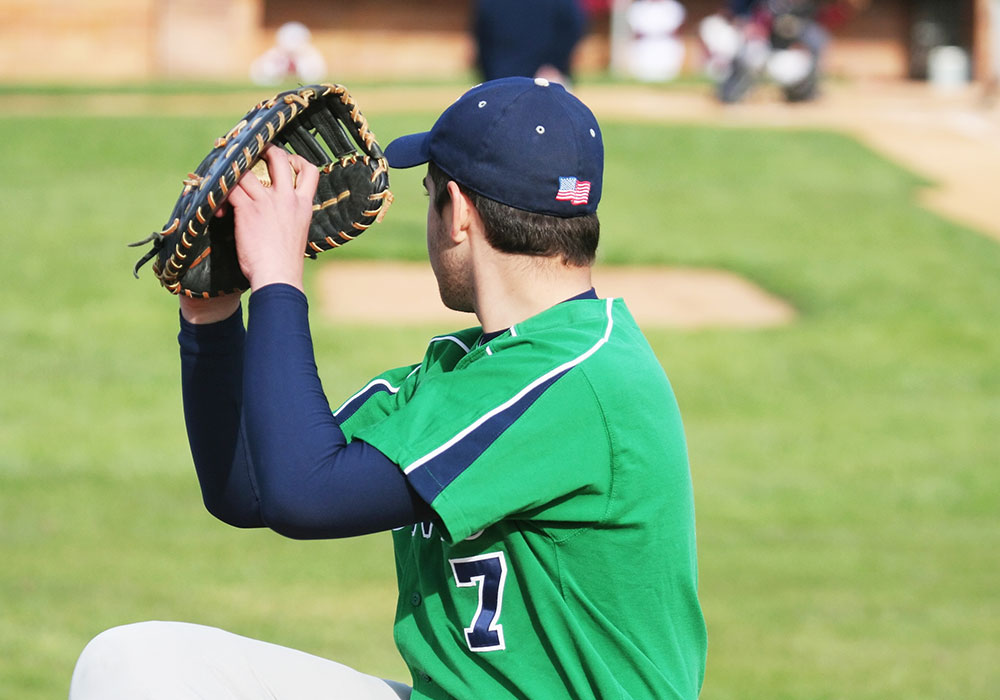 What Constitutes A Balk?

A balk is often called by the umpire because he has no way of being able to read the pitcher’s mind, and so be able to decide whether an intended pitch was aborted deliberately, certain types of movement are always deemed to be a balk because the umpire can reasonably determine that it was the pitcher’s intention to deceive the batter.

Because the rules of baseball around what is considered a balk action are shrouded in mystery – as even the official MLB website admits – a home umpire’s call of balk often even confuses the players on the field, while commentators and summarizers often get involved in heated debate over whether the pitcher intended to do what he has been accused of.

One instance in which a balk call can hardly ever be controversial – albeit rather embarrassing for the pitcher – is when he accidentally drops the ball in the course of his delivery.

A rare occurrence of a force of nature resulting in a balk being called happened in the showpiece MLB All-Star Game of 1961, when during his wind-up, pitcher Stu Miller was suddenly caught by a strong gust of wind that blew him off the mound.

Other incidents which can result in a balk include:

Incidents which are NOT considered to be balk-related fouls, but which can still result in the pitcher being penalised – or even ejected from the game – include damaging or defacing the ball, spitting on the ball, rubbing the ball on their clothing, or rubbing any foreign substance onto the ball.

When Can A Balk Be Called?

In making a pitch, the pitcher has to follow a very tightly-defined set of motions. As soon as his right foot has crossed his left knee, he has to throw to the batter standing at the home base.

The official guidance over when an umpire can call a balk is that pitcher and catcher must adopt set positions – the pitcher must be stood with his body still and hands together – before he starts his motion to throw, by adopting what’s known as the wind-up position. So if a pitcher begins his wind-up and in any way interrupts his movement without stepping off his pitcher’s rubber, that’s a balk. So too would be if the pitcher parted his hands while in the set position, and then did not immediately deliver his pitch or a throw to pick off one of the base runners.

There is a distinct balk rule governing left-handed pitchers. Because they are looking straight at the runner at first base as they are winding up, once they have raised their right foot in the pitching action, they must continue to deliver the ball in their intended direction. If that’s to the batter on home base, their right foot must land on the right-hand side of a line drawn at a 45-degree angle from their grounded left foot (see diagram below). If they direct their throw to first base, the right foot must fall on the left-hand side of that 45-degree line. 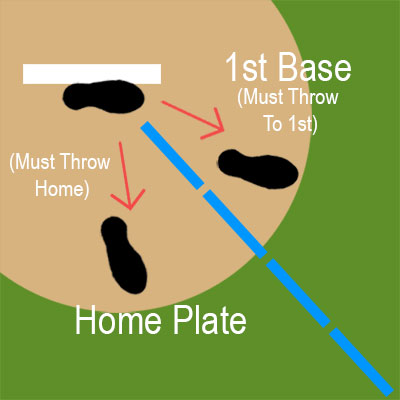 Diagram showing the points at which a pitcher must deliver the ball if a balk is not to be called.

Whichever hand the pitcher throws the ball with, he must be facing the hitter when he releases the ball, and if he is not facing in the right direction, he can also have a balk called against him. Even if he feels himself losing his balance, he isn’t allowed to adjust his pivot foot or take an extra step forward, or he can expect a balk to be called.

Umpires use the ‘45-degree line’ described above to help them decide whether a pitcher’s action is considered to be deceptive, and therefore whether to call a balk.

Another instance leading to a balk call could be if the pitcher, in suddenly attempting to throw the ball to one of his team-mates, that player is not stood over one of the bases.

The game’s rules also allow for a balk to be called if a pitcher is deemed to have deliberately delayed his delivery, meaning the balk rule can be used to help prevent time-wasting.

What Is The Penalty For A Balk?

Even the penalties which can be enforced for a pitcher falling foul of the baseball balk laws can be various.

In some cases, a balk will simply be called by the referee and no further action will follow.

However, most commonly, a balk call against the pitcher will result in a ball being called dead, which means that no runners may advance beyond the respective bases they are entitled to, and no runners may be put out.

However, some official federation rules vary, such as those of the National Federation of High Schools in America, under which following a balk call the pitch is called null. Each runner is allowed to advance one base, but the batter remains at bat.