Major League Baseball (MLB) games consist of at least nine innings, which are often around 20 minutes long, so as a result, the average baseball game takes three hours to complete.

Baseball is the only major sport that doesn’t have a clock, so the length of the game is usually unpredictable and can last longer than three hours on occasion.

Why are Baseball Games so Long?

The length of a baseball game is variable and has the opportunity to last longer than three hours if there is reason to.

There are a handful of reasons why a baseball game can last longer than three hours, and why it’s hard to accurately predict the length of a game.

Pitching changes can occur up to five times at any given baseball league match. These changes can take up to five minutes each time, which adds up if you’re conscious of how long you’ve been sitting watching a game for.

Pitching changes are often made to ensure that matchups are the best they can be against hitters. These matchups are based on a long list of analytics involving the hitter, the pitcher and are incredibly precise, with the bullpen taking full advantage of the 25 man limit.

The time between pitches can slow down as the game draws closer to ending, and as tension builds. Slowing down pitches can increase tension and atmosphere for the crowd and can be done for mere spectacle. This time adds up, however, and can make a game even longer.

The Number of Strikeouts Increasing

Strikeouts are a common occurrence in Baseball, with some players being able to strikeout over 100 times in a single league.
The nature of strikeouts can make a game longer, as it reduces the number of balls put into play. This can make games longer and also reduce the amount of outs on the field and are instead made through strikethroughs.

Related Article: How Many Baseballs Are Used in a Game

The time between innings has been shortened in recent years, but one of the main reasons it still remains quite long is because radio and TV stations use this time to advertise during the game. This time in between innings is essentially an ad break used by sponsors to generate income.

Teams are permitted to visit the mound five times each game, so most managers tend to take advantage of it. These mound visits can take up to five minutes per visit, in which the manager will speak to the pitcher. This could add another 25 minutes onto the game if each opportunity to visit the mound is taken. 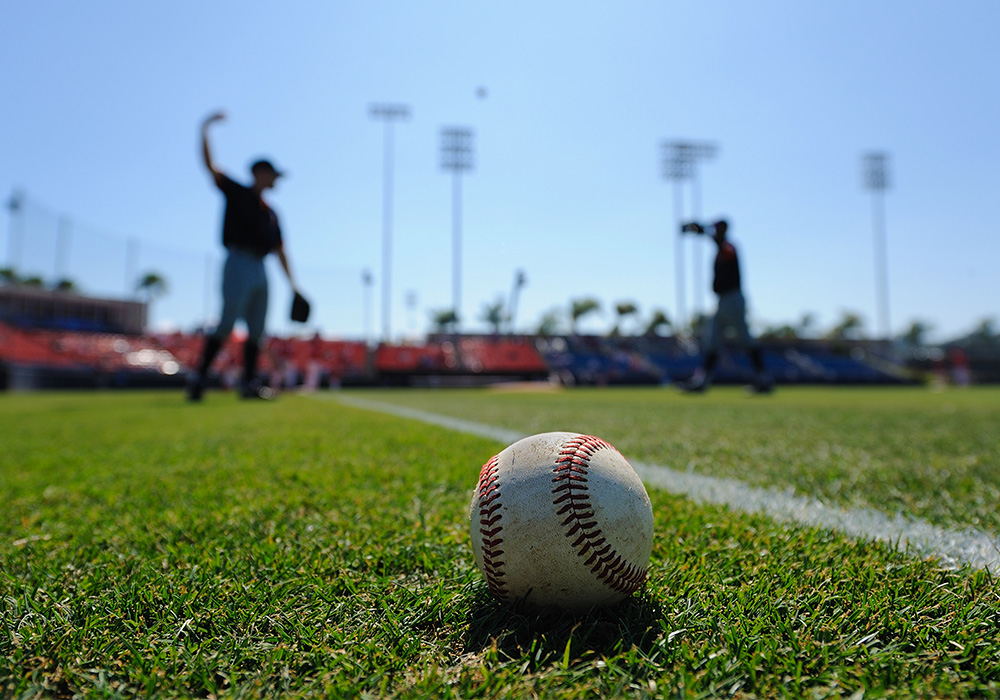 How Long is a Minor League Baseball Game?

How Long is a College Baseball Game?

College baseball games also follow the same standards of Major League Baseball. This means that they also contain nine innings. Colleges can agree to play for seven innings, providing both teams have approval. If only seven innings are played, it can cut the game down to two hours.

How Long is a High School Baseball Game?

Baseball Games With a Shorter Duration

There are exceptions to the rules which major league baseball follows, and some versions of the sport don’t last as long. These games include:

These games usually play between five and seven innings, which make them shorter in duration than major league baseball games. There is a possibility that extra innings can be played, but they typically aren’t. Draws are sometimes allowed in youth games, to ensure that players aren’t physically exhausted by the end of the match.

When Does a Baseball Game End?

Baseball games end when two conditions are met. The first of these conditions is the scoreboard needing to have a different score for each team. Both teams cannot have the same score. Along with this, one of the two teams will have had to have eliminated 27 batters from the rival team. These two conditions need to be met before the game can be considered finished. Given how specific these conditions are, it is understandable how some baseball games can take a longer time than others to be completed.

The Longest Baseball Game Ever

Credited as being the longest game of professional baseball ever was in 1981, and lasted three days between the Red Sox of Pawtucket and the Red Wings of Rochester. The game began on April 18th, continued on April 19th, and eventually concluded on June 23rd. The party had lasted eight hours and 25 minutes in total.

Read our related article here where we explain the rules of baseball.